Voy: around the world in ten songs

Let's pretend that this is not a review and that this is not me telling them: "Listen Voy, the third album of Eme Alfonso ". Let's pretend that it's not Sunday or Monday or Tuesday, that I do not read Conversation with Günter Grass, by Juan Villoro, and that someone, at some point, does not ask: "How are you when you do not invent?". Let us pretend, though, that I am (we are) somewhere on the African prairie, that the brush covers everything that reaches the eyes and that, between the murmur of the wind and the pasture, a girl sings. The girl does not know we're here. They accompany her, perhaps, their ancestors, the sound of the vegetation and the rivers, the rain that seeks to fall but that in the end does not yield. Let's pretend that something happened (no matter what and how) and that we are in the Amazon jungle, in the most extensive tropical forest in the world, right in the center of Brazil. We feel the humidity, the mud, the smell of earth. We listen to the candomblé deities that slide through the thicket.

Let's go back to the Caribbean, to the Yoruba chants, to the dim lights, to the sea. On this trip, sometimes sonorous and a little bit spiritual, the girl - who sometimes wears an rose old dress, or a red wine, or yellow, or white; that at times she wears nine-colored ribbons on her head, or she carries, in a sort of bacchanal, a wooden anvil or a black iruke - she always sings and does it with her girlish voice, of course.

Now let's pretend that this text is what it is and let's play those ten songs that make up Voy, wonder-album by Eme Alfonso. Where does it take them? If the trip is through the senses, the experience of many of you may be different. They do not have to see the girl. She can, if necessary, transform herself, become an Amazon, a reckless warrior. The interesting thing is that, no matter how mystical the displacement, always the same voice tells us: release the ties, take the big jump, be free.

However, this tour is not possible if you don't put your headphones, if you have not begun to listen to the Afro-Cuban prayer, if the cry that greets Oya has not yet connect with you. Ayabba is, let's say soon, the door that opens the way to that exodus of sounds that comes later. The rest of the trip needs a seatbelt.

Because when the first arpeggios of Libre sound, when the percussion enters the game and all the rhythms converge, there is no possible return. This theme is, perhaps, that song-museum, that unique and strange piece that comes to speak of love -of obsession, of wars of power in love-, but also of the extreme need to come out afloat, to seek desperately light, not give in to fear. Not to yield

Here the girl / warrior says something like this:
How much of my love has sunk
How much I drag with him
First they bury me alive
Before giving in, before giving way.

If that is not beautiful, I do not know what it is. (Just one precision: if you have not yet seen the video that accompanies this track, leave this text right now) Run to YouTube, the closest package seller. Nothing that you can say here will surpass such masterpiece. Marketing, some would say. Art, I would say).

But let's go back to the trip. In Veo, third song of the album, finally the rain appears. Eme imposes us this route when it goes through the cracks of a city that time made us forget. Havana then emerges as that place of eternal return. Eme knows it, we all know it. Later in Voy -and as expected-reveal some of the essence of this phonogram. A woman in relation to her past, with her present and future, a woman able to overcome obstacles, to move mountains, to be mistress of herself and her destiny, shouts: "Let no one take my voice away from me".

There is no need to go out and look for a feminism handbook, Eme Alfonso has all the lessons here. This is, as the Cuban singer and songwriter would say, "an action, a decision, a firm thought to do something". And what is this album if not the will to "do something", to bet, to take risks?

We can intuit that spirit in El Bote, the legend song that, told through the banjo strings of the banjo - that instrument so typical of the traditional American music -, the dry sound when the bass is pulsed, the groove of the percussion, gives us back the old mantra that " who does not risk, does not live. " In that leap into the void, Eme dedicates this song to his father, Carlos Alfonso, that extraordinary bassist known in Cuba and in the world for, among other things, being the founder - along with Ele Valdés - of Síntesis, that band that is also a symbol of the sound on the Island.
It is necessary to go through the meanders of El viaje, the sinuosity of Rezo that, even in a strange language, seduces us because of the pain behind the prayer, because of the exquisiteness of the canticle. However, at this point - and then to raise awareness of the markedly telluric in these songs (we can not help but feel, smell, see the wind, the sea, the forest, the dust, the rain) and the rhythmic that accentuates the poetic- , something invites us to think, and perhaps we should have done it before, that there is an underground river that crosses this album: here the woman is everywhere.

The phonogram opens with Oya -owner of children, dominatrix of the spirits, savior-, and in its evolution other deities appear: Oshún, to whom Oro ko -Afro-Cuban pray musicalized by Eme- she dedicates, and Obba, orisha of sacrificial love. Behind each one of them, the Cuban singer and composer takes off her masks. Follow her, this time, the usual accomplices: Jorge Aragón (keys), Roberto Luis Gómez (guitar and banjo), Julio César González (bass), Alain Ladrón de Guevara (drums); Carlos Alfonso, Ele Valdés (choruses), Yaroldy Abreu (Cuban percussion), Luizinho do Jeje (Brazilian percussion), Ruy Adrián and Harold López-Nussa (drums and piano, respectively), Yandi Martínez (double bass), among other musicians who, guided by Alê Siqueira, a successful producer where they exist, unleash all the possible sonorities to give us an album orchestrated to the last detail. An album that, after the discographic productions Señales and Eme - her (not very successful) initial explorations-, suggests that perhaps Eme Alfonso has found the course and reached maturity as an artist.

However, this would not be a round record without that last track where the girl / warrior, with a tremendous voice, gives us a different tempo. The violins and the cello, on the other hand, transport us, perhaps, to Old Europe, or to those regions of Latin America where the waltz is also tradition. Something else is, if you want, that recurring melody that we should keep in the best of the playlists.

The world does not know it yet, but it will love this album. We, meanwhile, can only press Play. 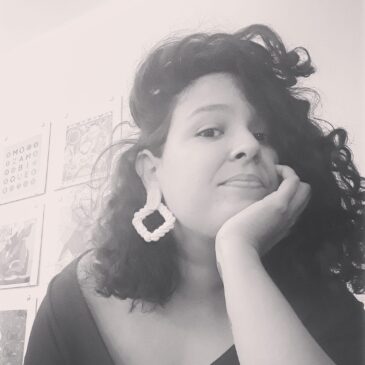 Some of the videos in the YT playlist are not available for Cuba ...
And spotify when?

Hi Karel, Spotify is not available to Cuba at all, so YouTube gives us the possibility to get closer a bit more (not to mention that it loads Cuban netizens much faster).
Regards!