Attending the projection of an audiovisual artwork means much more than enjoying its aesthetic quality, through the pleasure of viewing it. It means facing a product that is the child of its time and its circumstances. The modern audiovisual begins with cinema, and it takes the essential elements that characterize its reception. It is true that the cinema no longer had the privilege of gathering the public for the "sacred act" of watching a film, and that the digital world provides very diverse channels of viewing. A video clip, a documentary or a film demand an attentive look and a willingness to contemplate a message contained in an artistic event.

One of the phenomena naturalized by cultural praxis has been sexism in the mass media (sexism understood as the set of practices that perpetuate gender inequality and sexual discrimination, through male domination, expressed in vassalage about any other posture or sexual alternative).

We are not always aware of the sexism that is expressed in the media. Discrimination, stereotypes, and the imposition and perpetuation of roles are such everyday phenomena that they go unnoticed most of the time, for most people. One of the reasons for this "blindness" is the very nature of the audiovisual: cinema represents the world through visual material images with a strong appearance of reality; and another, the complexities manifested in the psychological perception of these images in the process of viewing. On the other hand, gender stereotypes have been internalized in such a way that patriarchal ideology crosses the retina with unpunished transparency. 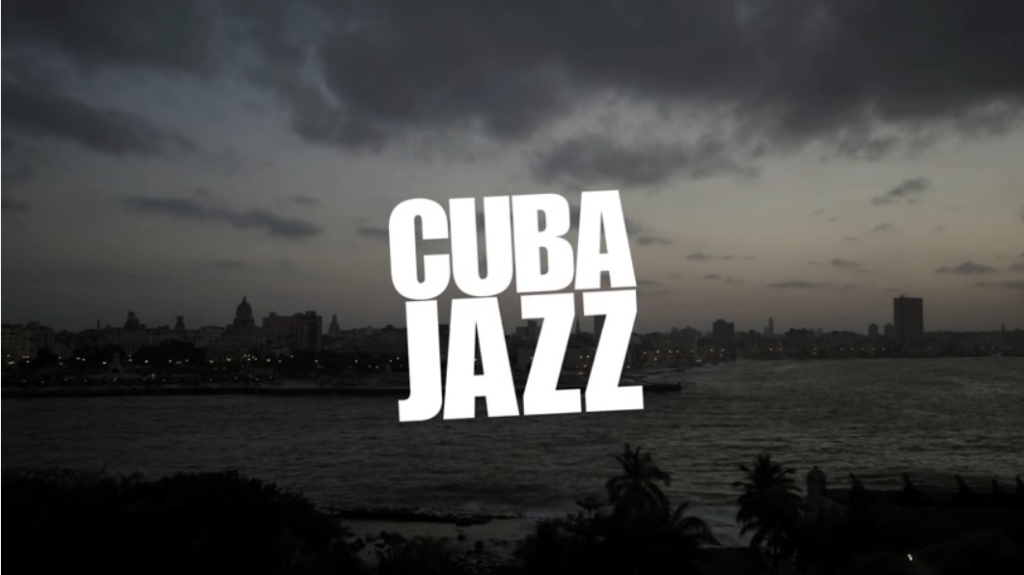 Devoid of all prejudice, in the healthiest style of "let's enjoy this" that someone like me can come to, moderately trained to see beyond the explicit intentions of an artistic product, I set out to see Cubajazz, a documentary by Brazilian filmmakers Max Alvim and Mauro di Deus, filmed between 2014 and 2016 in Havana; with interviews and script by Luis Augusto de Paula Souza, Max Alvim and Rogério da Costa.

The sensation, once the first viewing was over, was that it was too long because ideas were reiterated, or because the exhibition structure was not clear enough, as a result of the editing work. For the rest, it was a classic documentary example that combined talking heads with musical moments. In this modality it neither stands out nor decreases.

However, I found positive the fact that it defended the thesis of a properly Cuban jazz very well, as well as correctly balancing the presence of women and men within a musical manifestation where the historical predominance has been male. But did not the manipulation inherent in the construction of the story create in me a false perspective in the representation of genres, that is, in the representation of the feminine and masculine cultural strata?

A simple statistical scrutiny revealed a truth to me: only eight women appeared expressing their opinion or saying some more or less significant parliament or participating as interpreters, against 18 men in that same function, not counting that this number increased when the men who appeared were counted. only in the role of interpreters. My erratic initial appreciation was due to the fact that the three blocks that make up the documentary are headed by three artists: Yissy García, Daymé Arocena and Zule Guerra. But it was also due to the way in which the specific role of women was reiterated. For example, the images of Yissy García and their instrumental display alternate with the testimonies of Jorge Luis Valdés Chicoy, Jorge Luis Pacheco, Harold López-Nussa and Joaquín Betancourt, among others. This is how the repetition of shots on Yissy is perceived as highlighting “the feminine”. But it really is a subterfuge against the scarce presence of female jazz players, and avoids an unpleasant aesthetic imbalance between planes of one and the other. 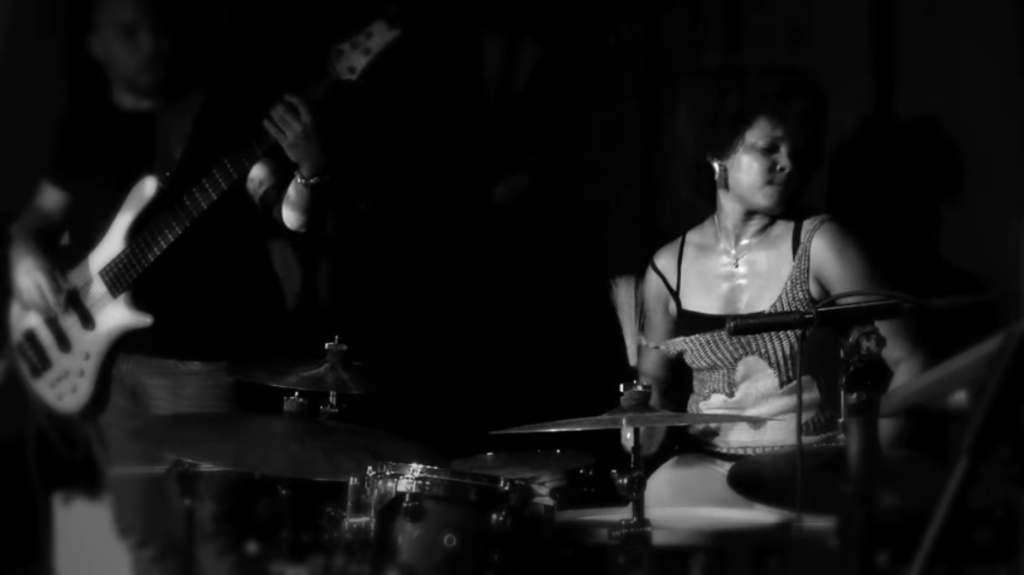 At the moment when that first segment closes, Wichy-Cha-Da is played in the performance of Yasek Manzano, while as a musical clip, a summary of images of the so-called Deep Havana parades: the neighborhood agromercado, the self-employed cart driver, the yerbero, the corner, the lot, the impoverished balcony, the people in their movement and their daily "struggle", and —it could not be missed—, the touristic performance of the rumba in the Callejón de Hamel, fueled with all the tools used in the ceremonies of the Afro-Cuban cults, as well as the batá drums, the chequeré and harpsichords played by women and men to whom only that flash is dedicated, that hasty, chaotic and fragmentary image typical of the spasmodic style of the video clip.

Then there is a fairly extensive moment in which the testimonies of musical creators continue, but then they alternate with the criteria of three musicologists. And that interlude ends with images of the Remedios parrandas.

The second moment, chaired by singer Daymé Arocena, has a preface where the male marks territory before introducing the "empowered" female. After a harmless quote by Severo Sarduy, the interior of a barber shop, par excellence, in which two barbers groom two young men, appears, out of nowhere, that is, without plausible dramaturgical motivation. they reflect in a mirror on which two posters of male figures appear; add how the male gaze has been reinforced or look from belligerent masculinity, in that simple overture, where the image of a woman, cigar in hand, in the pose of a waiting prostitute, finishes off. Daymé appears next, or rather her sandals and her legs covered by the ankle-length dress. She walks through her native neighborhood telling about her origins of authentic and deep urban Cuba.

The extraordinary power that Daymé Arocena's presence emanates is undeniable, not only because she possesses a powerful, vigorous vocal register, and an unparalleled stage dominance; but because she is a skillful and intelligent interlocutor. What Yissy or Zule do not achieve, from the point of view of their verbal interventions, Daymé achieves, with the addition of the camera over her, in a medium shot where she looks dominant. The selection of one of the interview spaces is striking, in which the singer's head is crowned by the background image of a picture of the Sacred Heart, which seems to authorize and legitimize her criteria, as if the young woman's word was not enough diva. This is a subtle form of subordination of the female subject: the male subject — symbolic in this case — certifies or validates the criteria expressed by a woman.

That chapter closes in a rather trivial way, with the sequence of the young woman doing the shopping and her grandmother cooking a fried rice. Both in the domestic space share an intimate moment that must have died in the editing room, because beyond contributing nothing to the thesis of the film, nor to Daymé's intervention, it ridicules and trivializes an affective relationship between two women who, each in its territory, are an example of independence and authority.

The last block could be assumed to be headed by another woman, Zule Guerra, but at this point it is no longer possible to think of an equitable gender representation, since the face weight of men and the numerical superiority of their interventions leave no room for doubt as to their domain. However, the feeling of balance can subsist, due to a very skillful commutation between one and the other: Yoana Grass (producer) and Zule herself, interspersed with other voices that come from the first moments of the documentary and that have not ceased to issue criteria: Chicoy, Harold López-Nussa, Yasek Manzano, Pachequito, César López, leaving the latest interventions by Daymé and the musicologists as mere splashes.

It is obvious that the selected material from different live concerts is very uneven. In this sense, Cubajazz participates in collage as a resolved narrative strategy from an edition that, at times, assumes a video clip mood, a correlate of the very free and heterodox spirit of jazz. In the case of the interviews, a less lazy treatment of lighting is lacking, which is evident in the shots of the musicologists, all resolved differently. A certain inexplicable tenebrism dominates, due to the use of lateral lighting, in the case of Yentsy Pérez; whose arguments are, by the way, quite poor, not to say expendable. Brenda Besada is presented against a peeling, shabby background and incongruous scenographic eclecticism. Besada's highly expressive gesture would have required a more sober and tempered background. Much better chosen the location in the case of Neris González, for the balance of the background, and direct natural lighting.

In general, the composition of the plan was not taken care of, in a work that despite the haste and spontaneity of the documentary exercise, could take a few minutes to choose better angles, as well as study the architectural and setting space, so that it would serve as a prop to the testimonies and would not compromise or undermine their legitimacy. All the elements present in the image influence the perception of the work, so art direction is not a specialty outside the documentary exercise.

At a second glance, the content seemed much more ordered to me, and I could distinguish a dramatic progression from the argument: the matter is presented, the conflict is exposed and it is allowed to evolve through opinions that are not exclusive, but complementary. New subplots are introduced, justified by the socio-political changes brought about by the final moments of Barack Obama's mandate and which are offered as an omen of a less belligerent future for Cuban music, its managers and creators, and for the nation in general; promise that would be truncated with the unfortunate advent of the Donald Trump administration.

In summary, Cubajazz It is a fairly coherent attempt to get closer to what Cuban jazz represents in our culture, and it comes close to demonstrating the authenticity of that genre in its Creole, amalgamated, and mixed aspect. At the same time, from the point of view of the reception, and as a consequence of a suspicious and perceptive look, it opens up a question about the participation of women in the Cuban jazz space: is the female presence really so brief — taking this documentary for reference - or is there invisibility and decrease in this material, due to the prevalence of sexism, whether involuntary or strategic? 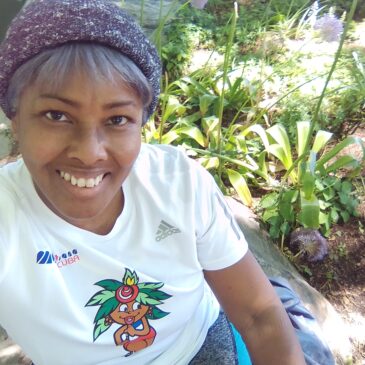