About Tweety González -born under the name of Fabián González Amado at the beginning of the 60s of the last century- we can say some things. He studied music from the age of four and already at 17 he was interested in how music was recorded. That the electrician father took him to grow between cables and boards. That an important part     -a huge one- of Argentine rock has passed through their hands: Soda Stereo, Fito Páez, Gustavo Cerati. And if all those things weren´t enough, we want to say that Tweety González strongly believes in the talent of the young musicians of Latin America, and that out there, somewhere, there is another Cerati.

Participant in the third edition of AM-PM, America for its music, in Havana, we wanted to ask him a few more things.

«Production came alone, naturally making demos, and my first serious job was at 21 with Fito Páez´s album Giros, in 1985. I played with him until 1989, when he recruited me Soda Stereo, with whom I stayed until 1997 when they split up. In all that time, in my free weeks, I produced records. In a span of 12 years I produced an average of two albums per year, and then I devoted myself exclusively to producing. In 2010 I opened my studio. In total I have already worked on almost 200 albums between producing and playing».

I´ve read, in previous interviews, that you had mixed feelings with the nickname of "The fourth Soda", as you have been called. Why?

Soda Stereo was always a trio, although my collaboration made it sound more than a trio, the decisions were more of the band, especially Cerati. For me, "the fourth Soda" was Adrián Taverna, their live sound engineer for the entire career of the band.

How did Twitin Records emerge and what have you achieved with the impress today?

It arises by a mix between necessity and opportunity. The need was that every time I finished making an album of an artist that did not have a label and it was good, it was almost impossible to find someone who wanted to edit it and who also did it well. It happened to me with Richard Coleman's album that I produced artistically with him (and executively with my former partner Jorge Klinoff), that ended up been published by a guy who was later discovered to be a swindler ... That was the last straw.

Soon, an offer from The Orchard appeared to open a digital label with its platform, and since I´ve been passionate about the web for more than two decades, I loved the idea. This is how Twitin Records was born.

At the same time, since before the label, I have a publishing house called Tornasolado Publishing, which we built about six years ago and which is part of the claim that one day the investment made in Twitin will return, something that has not happened so far.

The achievements for me are more artistic than commercial; I'm proud of the catalog and the artists that are part of it. Having, for example, a Hernán Jacinto who for me is one of the best pianists in Latin America or an Eric Mandarina who is unique is something of immense value. In addition to the fact that they came to me because they liked what we had done with the seal, it is an honor.

Looking at your work, we could say that a lot of Argentine rock from the 80s has passed through your hands. What made Argentine rock melt into such a solid movement, to the point of turn many of its exponents into classics?

I do not know exactly, many things ... but simplifying a bit the answer I would tell you that it was the music, and of course the lyrics. At the end of the 60s there was practically no rock in Spanish, been the first to have it can be part of the explanation. So you have an idea, Muchacha ojos de papel, of Almendra, sold half a million singles (thanks to that it was used in a television propaganda), and that triggered the success of the song La Balsa, from Los Gatos, themes that marked me for my whole life. I could differentiate that music from the others that were much more commercial and light.

The national rock was slow, but constant, and until the 80 was very rebellious, then came a more pop time, and in the 90 began to grow what we call today "rock neighborhood", which for me is rock and roll crude with generally social letters and artists with a very simple setting at the image level. Today there is a little more variety in the under that in the mainstream of Argentine rock, which at a massive level is quite conservative and classic. The exception to that is Cerati, who was always the king of the moderns, our David Bowie.

Speaking of Cerati and of Fito Páez ... What was it like working with these great artists?

First of all an honor, since I consider them two of the greatest talents in Latin America. Each one in their own world, because for example, Fito is a guy who does not understand technology and composes from the piano almost always, Gustavo instead was the opposite, a mega fan of technology and, above all, to use new things all the time as a source of inspiration.

With Fito that lack of attachment to the devices (because at that time we did not use computers), made my role very important, because from a very young age I was a nerd of the sampler, sequencer, midi, synths, etc., even much more than now, and it brought a palette of very large sounds and concepts. That triggered me to play with Soda because I brought a mini Nasa audio to the band, we are talking about 1989 ...

What should an artist have to interest you as a producer?

Originality, be good performer, excellent songs and be very hardworking. That is the ideal, within these four qualities each case has different percentages of each.

Is there a personal formula to produce music in these times
dominated by technology?

I would not say formulas because it's something I do not know how to do and I do not like it because it's like repeating, what I do have are some work methods that I adapt to each album.

What challenges does the producer have in Latin America today?

The biggest problem I see today is that there is more music available than ever, a lot more than demand, and it becomes very difficult to be "visible" in a sea of ​​millions of songs and artists. It seems a thought more than marketing or commercial, but I have it in mind at the time of starting the production, I talk a little about this with the artist and we raise a little bit what degree of "madness" we want on the album and other things, for example, how " playable live "will be.

Expectations with your participation in AM-PM America for its music?

Many, I have not been to Cuba for 25 years, I went with Fito three times, and I know that Cuban people love him and that gives me immense joy. I am very interested in seeing the Cuban scene and also meet with colleagues from all over the region, some friends. 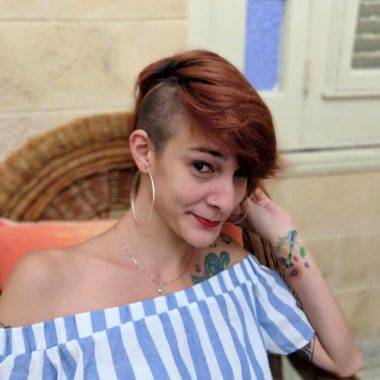