Solid, how in the old days?

We live in an era in which, despite the obvious popularity of reggaeton in Cuba, the local press departs and does not usually comment on the discographic productions of this genre. To understand the success and musical consumption of Cuban reggaeton, it is necessary to debate the place these hits occupy in the playlists of social networks and Cuban and foreign radio stations. Every week, many success stories are released that often go by without being discussed beyond the talks between colleagues about the news and curiosities that the Weekly Package can bring.

For the followers of the Cuban reggaeton the names of Yomil and El Dany begin to be carved in the annals of the history of the genre, along with those who have invented and reinvented reguetonic in the last two decades. The horns, the package, the boatmen and how alternative means for the consumption of music emerge from Cuban inventiveness have been circulated in recent weeks Solid, the new phonogram of Yomil and El Dany. With this record and all its communication strategy, the singers together with DJ Wong (Italo and Meko's follower in his role as producer) closed a year 2018 of great intensity in terms of projects and presentations.

After five record productions where the dembow on the rhythmic basis of topics like I'll pick you up, You have to stop, We heat the place and Active, Solid it marks the difference in front of its predecessors beyond its title. This new album constitutes a turn in the musical discourse of the group, since the trap and the electronic music are presented as the most notable musical influences. Here we can see a new attempt, if we count the musical production of El Taiger, to make a purely Cuban trap that distinguishes us before the power of La Isla del Encanto in this matter.

The above does not mean that the seal of the group has changed, it is rather a new phase in his career. As a musical product, Yomil and El Dany adapt their discourse to the form of expression and dissemination of social networks, and in their photo sessions they show the importance of clothing for the finishing of the album and for its communication strategy; in good Cuban: everything is thought. The intentionality of its creation is appreciated in the concept Trapton Music, the seal that distinguishes its production. It is undeniable that the Puerto Rican trap is a reference for the Cuban reggaeton, that the two markets operate at different rates, and the technology affects in a different way the forms of musical consumption. Just in that line are placed Yomil and El Dany with this record, between i-Tunes and the Weekly Package, between YouTube and Cuban Television.

The recording, mixing and mastering of the album, an independent production of Trap Music LTD was in charge of Ernesto Wong and Roberto Hidalgo (Yomil). A phrase from intro from the album defends from the voices of the reguetoneros the aesthetics of their group: "I am the voice of the people, the most popular, my music makes you happy, makes you dance, yes. Do not compare me anymore, we are in the first place. I am the brand, I am the history of my national territory¨. Although they take as their starting point the trap, a powerful genre in the entertainment industry, Cuban is distinguished in the vocabulary, the themes and the rhythmic basis of their songs. The Cuban key in the themes Have fun and It does not affect me it is a palpable sample of the Cuban seal in the trap. What could be a cliché, and often has been, becomes a symbol of fun and rumba spirit within the urban genre. Obviously if it is musical influences, rap is essential beyond the rappers of Yomil in each subject. In Question me it is made even more evident by the handling of the rhyme, but with the insertion of metals, the rhythmic basis of the cha cha chá and a tumbao on the piano.

On 23 is a song composed by Roberto Hidalgo who has the collaboration of t-rapper Chesco on the album. Of the second of the featurings You can not speak with politeness. Repeating the binomial with Miss Dayana ran the risk of almost inevitable comparisons with the popular theme that they starred a few years ago. Thinking of you. This union, which leaves me in doubt if you want to complete the cycle with a trilogy, is repeated with melodic lines and similar texts, which does not denote creativity in the musical result. In this phonogram, electronics is still present in the theme What was in which the saxophone, on the basis of dembow, reiterates the same musical pattern. From listening, this bell is related to the style house.

The music lovers of the Cuban reggaeton have the fortune or misfortune of having new productions every week. Something that does not always favor them, because the finishing of singles in the best of cases it does not usually pass from the virtue of having a sticky chorus. Not all artists deliver the product when it is known finished and being the result of a gestation process. The most recent phonogram of the duo Yomil and El Dany has the essential virtue of maturity. 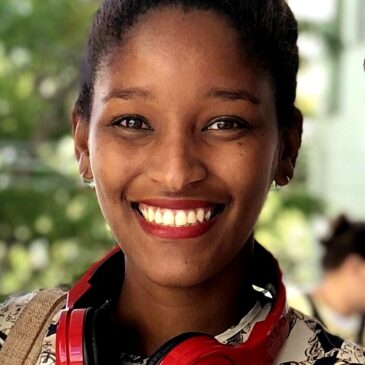