Small map of electronics in Cuba

The history of electronic music in Cuba can be seen as a race of resistance. The origins of the first productions related to the genre have to be sought in the 60s of the last century when the Cuban composer Juan Blanco began experimenting with electroacoustic sounds, a task to which musicians of the same size would later join. Leo Brouwer, Manuel Duchesne Cuzán, Carlos Fariñas, and Alejandro Edesio.

As in the rest of the world, the ways of making music with machines evolved in Cuba along with the technologies to use. From the electroacoustic to the electronic, and from musicians making experimental sounds, the DJs emerged as we know them today. In the Cuban panorama, the creation in 1979 of the National Laboratory of Electroacoustic Music, an institution that to this day is in charge of grouping the artists who produce music through the art of Djing, as well as to train new DJs, played a decisive role.

As in almost all other aspects of our society, the 90s were a moment of change in Cuban music. Havana began to gain a growing strength as the epicenter of electronic music, despite the lack of resources (remember that this genre depends almost entirely on the availability of electronic equipment). During that decade the role of the DJ gained greater recognition; your work as an artist underground was linked in many cases to the musicians of great strength by then, from genres such as rap, rock and urban music in general. This is the case of current references of Cuban electronic DJ Dark or BJoyce, who in addition to working alone were part of the rap band Doble Filo, just to mention an example. 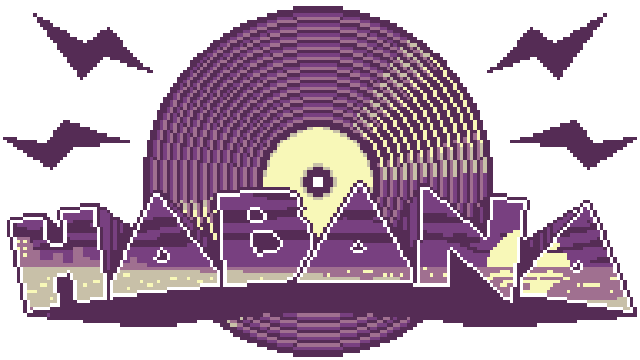 In the 90s the practice of holding parties in a systematic way, almost always private, in which a growing number of young people approached electronic music and fostered a whole culture around the genre, from ways of dressing and behaving to a life philosophy. Among the milestones in the history of electronics in Cuba is the appearance in the late 90's of the Rotilla Festival, one of the first massive spaces dedicated almost exclusively to the dissemination of such music. That legendary event is today the version that is the Summer festival in Jibacoa, which however does not enjoy the same fame among fans of the genre.

With the arrival of the 21st century, electronics expanded rapidly in the taste of the youngest and began to gain space in television programs such as Lucas and Cuerda Viva. New festivals emerged, such as Proelectrónica, commanded by DJ Iliam Suárez, or as the most recent Festival Eyeife; along with spaces for DJing in bars and public places such as Villalón Park, in Vedado.

Currently, a good number of DJs are grouped into projects that are almost always determined by the genres they play, such is the case of Different Age, Analog or Mystique, just to mention a few. Independent labels have emerged for electronics "made in Cuba", among which the names of Abstraction and Econ Techno stand out. Cuban electronic music has been enriched and diversified, among other things, by the growing presence of international DJs on Cuban stages, such as the influential Chus & Ceballos and Major Lazer.

Although the epicenter of electronic culture in the country is still Havana, today we can find electronic music in almost all the provinces. Especially in Holguín, the Electrozona project has promoted important events for the genre such as the Electroromerías and the Stereo G Festival, annual meetings that are already essential for the dissemination of the productions of the new and established DJs of the Island. 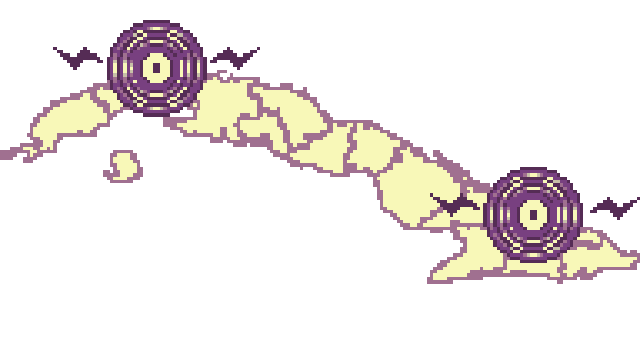 It should be noted that the strength of the movement in the country has crossed national borders. Several Cuban producers are invited to perform at some of the best electronic stages worldwide. This is confirmed by the presence of Iván Lejardi and DJoy from Cuba in the Cielo and Output clubs in New York, respectively, sites that are temples of electronics worldwide. More than one Cuban DJ has signed with major labels, participates in international festivals and is recognized by specialized magazines. To get an idea of the international reach of DJs on the island, in 2016, the section Thump of VICE magazine, dedicated to electronics, recognized Wichy de Vedado, DJigüe, PAUZA, DJoy from Cuba, DJ Thellus and Dvazz Brothers as «Prominent artists of the cultural landscape of the country». That same year, DJoy from Cuba was part of the line up of the French electronic music festival NAME, sharing the stage with artists of the stature of Ellen Allien, who would then play in Havana, invited by the Cuban. And last January, Cuban DJ producer Hioll (formerly known as César M) released an album under the label Tentacles Recording.

After years of development of electronics in the country, today it is impossible to synthesize the diversity of works of Cuban DJs under the simple term of "electronics", but we must speak of subgenres.

Any weekend in Havana, we can find various proposals for electronic parties, marked above all by the "underground", or simply "under", as it is usually called to this type of events whose protagonists are the DJ, the lights and a "light" environment

The discussions between DJs producers and fans about what are the best rhythms and what is "commercial" or "underground" are almost endless. Broadly speaking, the sides are divided between "commerce" and "under", but inside it, the issue is much more complicated. The events marked by the aesthetics of the "underground" are not always publicly promoted. The point is precise that only the "right people" (those who really "download" the electronics) can be reached. At first glance, it may seem unfair, but it becomes an effective technique to promote the best environment.

Although among the DJs / producers of the patio we can find compositions of almost any subgenre of which the tracks made by machines worldwide, we can identify two essential groups.

First, the most commercial sounds of EDM (Electronic Dance Music) or simply Dance. In this subgenre is grouped the most 'danceable' of electronics, as its name suggests. The themes closer to pop and other fashionable sounds are known as "commercial" music among the followers of electronics.

One of the main squares of the Dance, perhaps the main one, are the nights of SARAO Night Club in the Gardens and in the Pink Room of the Tropical, where every weekend hundreds of young people gather to jump and shout to the rhythm of this music. It should be noted that at night SARAO also plays DJs from other subgenres: the Dubstep - thanks to the fury by Skrillex, who inserted it into the Cuban headphones - is very applauded and the Trap, despite the reguetonera variant that has created it many detractors, is another EDM genre that is not missing. However, "commercial" music is the most expected at La Tropical and DJ Iván Lejardi the king of the night.

Within what is known as "Under", which among its followers has been the opposite of "commercial", we can find divisions whose limits often end up easily disappearing.

For example, it is worth looking at the House, whose spectrum includes variations such as Afro House or Latin House, which, based on the rhythms they use, dance on the dance floor, and others such as Deep House, Tech House and House Progressive, with compositions with a more "dark" wave.

The parties organized by the DJs of PAUZA (Paula Fernández and Zahira Sánchez) combine some of the different variants of the House, and the most moving sounds of the EDM in general, to give very busy nights in what has been called Pauza's Party.

It is also very common to hear Chillout, another sonority of the EDM that, as its name in English indicates, seeks to relax the body and create an environment where you can feel "chilling".

Another example of what the House can do to make your body dance are the events of HAPE. In these festivities, a group of artists joins, always with a touch of the most traditional Cuban music. DJs like Jigüe, Landeep, Wichy from Vedado, make you move through the most Latin variants of the genre.

On the other hand, the parties organized by the Analogic project, together with DJoy from Cuba, are a good time to listen to a little bit of everything within the "Under". A wide representation of the best DJs from the patio, who play on the most varied sounds, usually pass through its stage.

Finally, if we want to talk about the current Cuban electronic scene, we can not forget Techno. Perhaps it is one of the most controversial subgenres, known worldwide by its fans as the dominant mode in electronic music, and even as "real electronic music". European roots, the Techno is "dark", difficult to digest by ears little experienced in the subject.

Many people have a "bad impression" when they listen to Techno for the first time, in part because it draws on diverse sounds in compositions that do not always aim to make dance in a traditional way. However, when you get the taste, the Techno can transport you musically to unexpected places, with melodies that you can not predict and that demand to completely release your body.

In Cuba, variants such as the Ethereal Techno, the Progressive Techno, and others are cultivated, which are emerging even from the incursion of the DJs producers of the Island. The Abstraction production stamp - managed by Julio Cesar Machado, known as César M or Hioll - not only groups all the DJs of the subgenre but manages events that denote the growing interest in Techno in Havana and other cities. Unique Party, by the hand of Xander Black; Mystique, with Obbi and Joan Coffigny; Rusty Rave Nails Raves of Techno, led by René Navarro; Under & Deep; and the old parties of Elegguá with Kike Wolf and DJ Dark as hosts, are some samples of the strength of the most "underground" electronic music.

This is just a small map. Electronics in Cuba has a long history that continues in formation. The subgenres, the DJs and the places where they play are constantly changing. Perhaps the only way to really be aware is to immerse yourself in the electronic environment and let yourself go.

A big greeting from Buenos Aires. 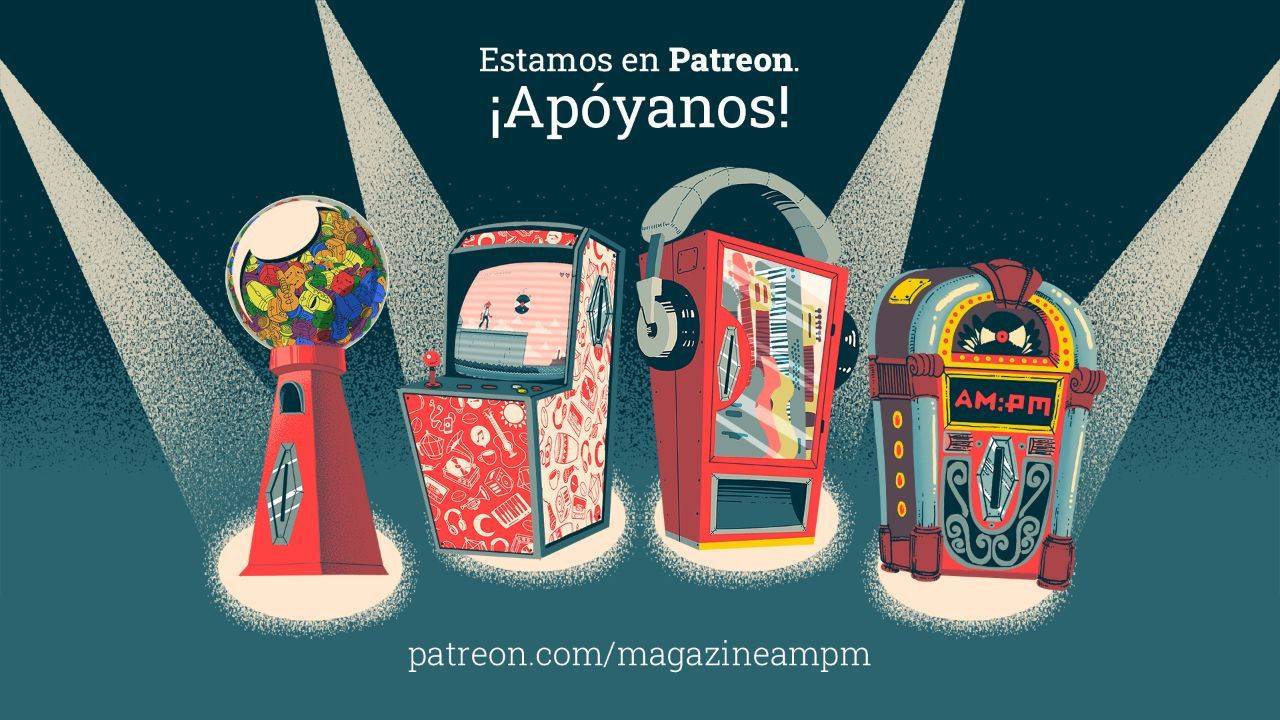