." The rainy winter night does not intimidate Yozván, Lenny and a server because we escort Omar Mederos, friend and colleague of the artist, which will guarantee us VIP tickets. However, the people at the box office, overwhelmed by the crowd of attendees, ignore their ancestry and send us to the end of a perfectly Cuban queue. That is almost a mild riot of Cuban professionals, emigrants and exiles, over forties. Among the hubbub, the western accent of the Island is distinguished predominantly. Oh, this is the secret and faithful public that the ubiquitous and ineffable Cuban Cultural Center of New York regularly convenes events within the most prestigious areas of the 212 area code. in Manhattan.

Suddenly, we are destined to stay dressed, wet, frozen and without dancing. However, Lenny — Cuban-American who flaunts the legendary entitlement that is attributed, I don't know why, to the behavior of Cubans and citizens of the United States— demands tickets for “the producer and representative of the artist in Mexico” —we suspect which refers to our Omar. The fact is that they give us tickets in the last row of the stalls, but in the center, just behind the Cuban saxophonist Paquito D´ Rivera. What a success!

The Miller Theater is packed, and not just an audience. The respectable Municipal Symphonic Band of Las Palmas de Gran Canaria occupies every inch of the stage. We are concerned that the artist should sing like a danzón is danced, on a brick, or stiff, like Barbarito Diez.

Our doubts become ridiculous when Olga goes out and stands on the stage, wrapped in a Babalú Ayé colored tunic. It dominates "the short space it is in" with the naturalness of a purple gardenia that follows the flow of the breeze from a Pinar del Río garden. At the concert, Olga embodies what her voice achieves on the album. Lenny, confused, asks where is she from, wasn't she Spanish? Where is this album promoting the concert from? I wonder. We both emulate the bewilderment of the Cuban José Martí over the identity of the Bella Otero when the Galician-Spanish artist appeared at the Eden Musée Theater in this same city in 1890 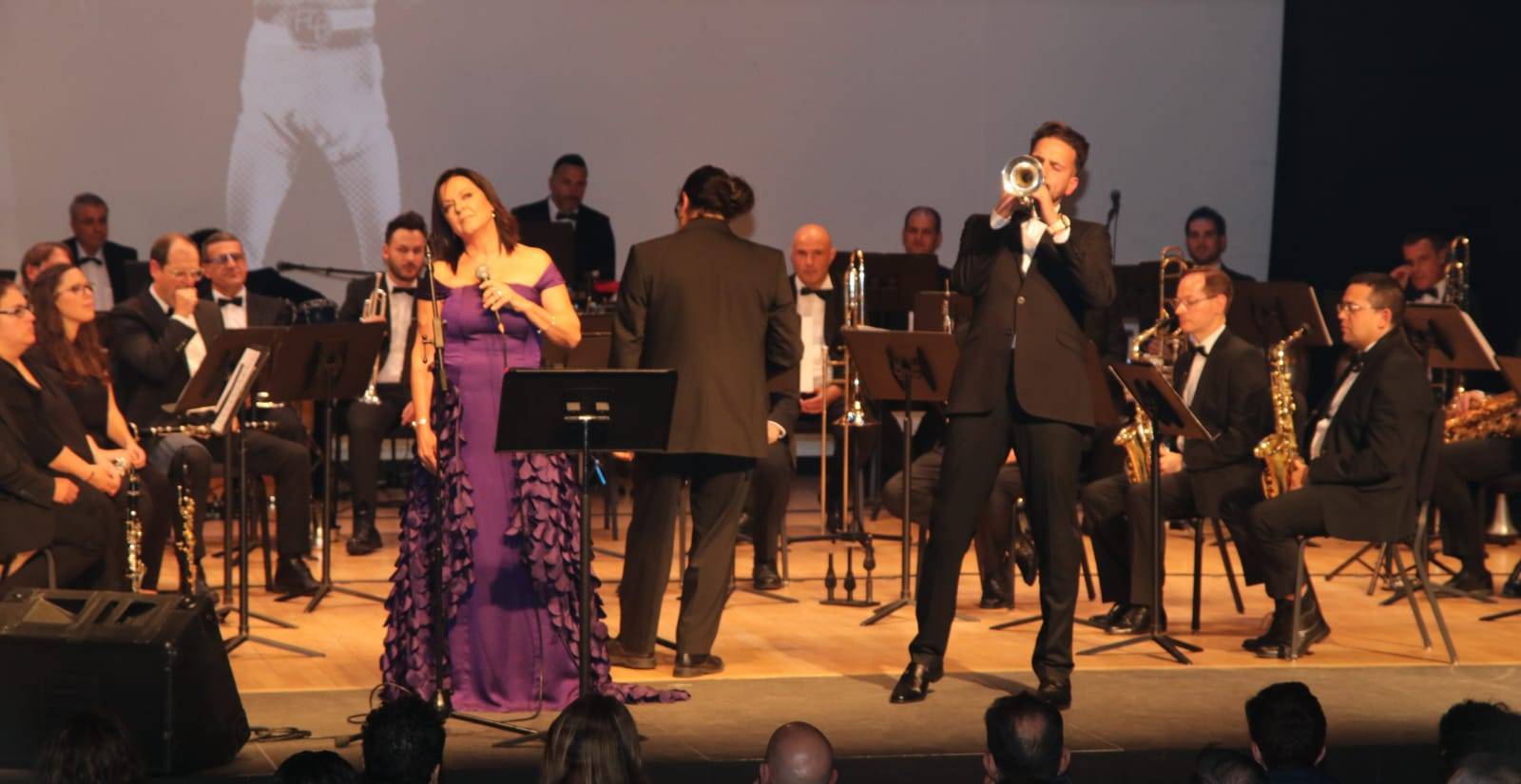 The songs we hear were composed in the mid-20th century in Argentina, Spain, Mexico, Puerto Rico, and Cuba. They are songs from the time when the son, the cha-cha and then the bolero went on tour and became the soundtrack of people from countries with or without shores. They are performed by a Canarian orchestra. They are sung by a pilgrim Canarian with rather Cuban arrangements. Her voice, on the album and here, seems Caribbean and almost ancient.The clarity of the album's sound had already revealed to me that it was recorded in the 21st century, then I learned that it was made in the Canary Islands, Mexico and Cuba with an air of times gone by and others to come. In the poem The Spanish Dancer, dedicated to Bella Otero, Martí asks and answers: “How do they say she is Galician? / Well, they say wrong: it is divine ”. Out of habit, the curious migrant investigates the origins and identities of those who stand before him. Olga's hybridity excites the ear and curiosity of the migrant I live in. How do they say it is Canarian? Well they say wrong, it is earthly, cosmopolitan and so pleasant.

Shortly after my childhood I put, among many others, the song In a sailing boat in the essential drawer. The Sunday joy of this theme returned to my memories when, outside of Cuba, someone made me a painful joke about Cuban rafters. "... I jump into a sailing boat out to sea, let the wind take me very far with you." When I listen to Olga sing it and then continue with Cachito and Vereda Tropical that drawer opens and what is inside is poured. Only then I do know where this music comes from.

Because it seems to me that it comes from the Marianao beach in Havana. It's the '70s. A young girl sings them. Olga clings to enjoying the sun, the beach, and motherhood, because she doesn't have much else. She is fragile and afraid of a scowling world, made of families in toxic decay. That world fears her even more. Surviving a wave of divorces, the flimsy married couples in her neighborhood resist the brazen grace of her seductive voice. With her little children, Vereda Tropical sings, like Olga: "And he swore to me, to love us more and more and never forget those nights by the sea." Children do not understand hostility from neighbors; They follow Mommy's rhyme with a song that puts off anxiety but doesn't calm it. Back in my armchair at the Miller Theater, with sand in my eyes, I sing a duet with Olga: "Today I can only remember, my eyes hurt from crying, and my soul dies from waiting."

Unlike my mother, the Olga I listen to is measured even in her excesses. She sings Rumor de un palmar with the just delicacy and respect for the countryside of those whose hands never plucked a sweet potato from the mother earth. Olga reveals to me that this song is a declaration of carnal love and not, as I thought, a bucolic hymn to the country soul. The artist also dares to interpret Palabras by Marta Valdés, a song that does not admit more versions. Without straying too far from the vein of Marta's filin, Olga sings it to the rhythm of soft jazz. The song results in an elegant, sexual sensuality that I have not heard in other more contained versions. 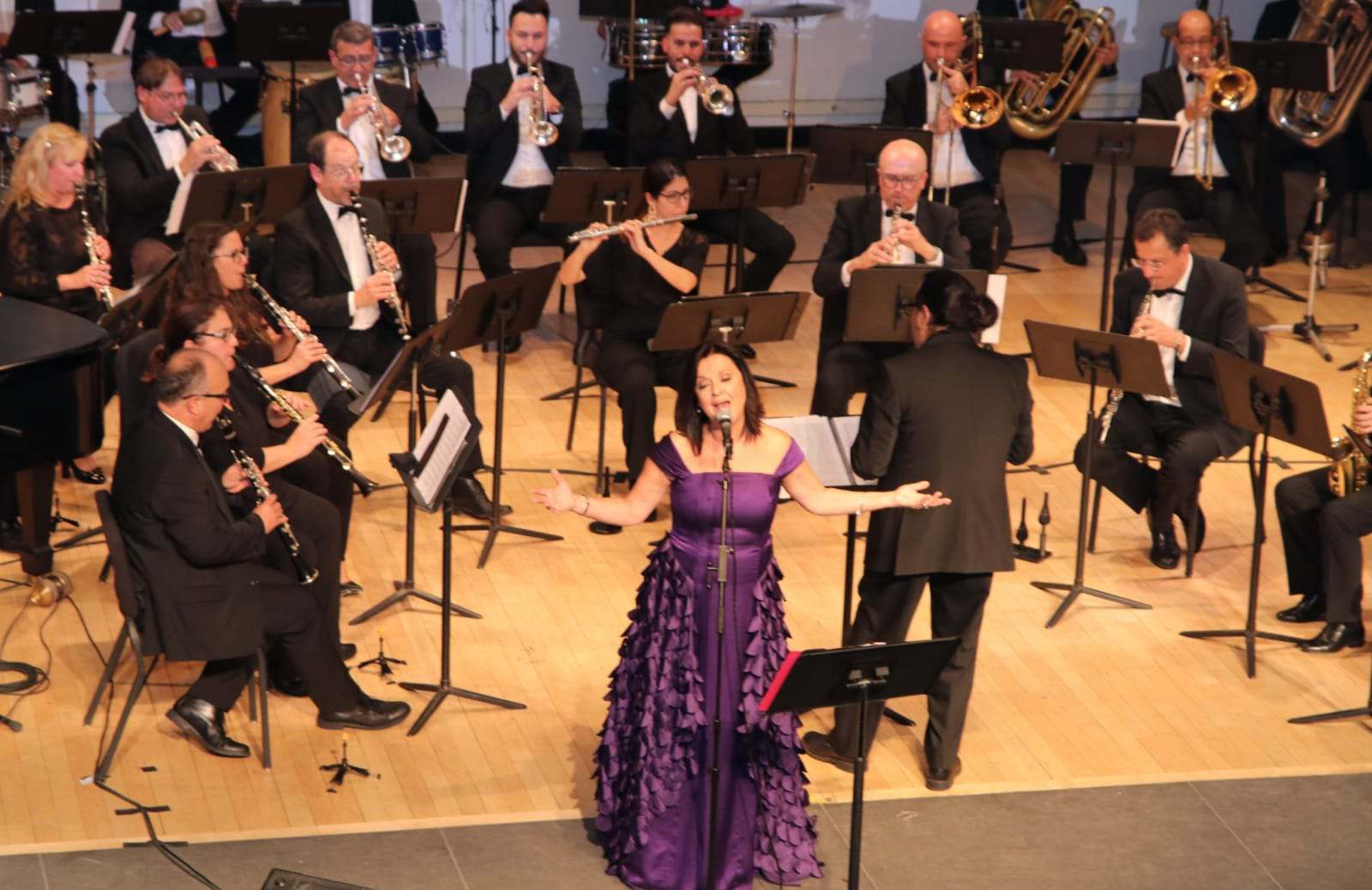 Throughout the concert I contain the desire to judge the meticulous de-ideologization of the event and, consequently, of the music of the people that originated it. A people historically compelled to politicize and take sides. I re-attribute my discomfort to the hurtful feedback from Olga's microphone, which has already made us jump in our seats three times. Paquito D´ Rivera yells at him several times not to lower the microphone, to turn it up. She listens to advice, feedback is gone, my discomfort persists. I can't stop thinking about how Paquito himself always makes his position clear, which I often don't share, in every musical arena where he plays. Anyway I calm down, this is not Facebook, but a concert.

Olga begins to contradict me when she improvises in Soy Guajiro. "I am an islander who came to walk the path of ancestral canaries ...". "They stayed there, making Cuba their home, a guajiro was the island that the cane was planted ...". Thus she contextualizes her narrative. I understand then that her attachment to "ours" comes from the cultural and economic impact of Canarian migration in America. I also understand that the album starts from the need to review that link. It is not only that the music of America lives in the Canaries, but that the Canaries lives discreetly in our American experience.

Unexpectedly, like a slap that I thank, she sings to us --or sings to me— on the piano Habáme with the stricken honesty that the original recording by its author, Carlos Varela, lacked. This song was born in my adulthood, when Havana already hurt me with the same heartbreaking feeling with which Olga sings to it. How much can that city hurt? To remove my doubts that she is a singer committed to a people as much as to her music, she tells us - or tells me - that Cuba should be what Cubans decide. So even Paquito D´ Rivera applauds.

After Habáname, a song that is not on the album, I can think of a more contemporary and completely Cuban album by Olga. Then I imagine her singing live Dicen y Cruzando Destinatinos, by Francisco Céspedes; Decimas infieles and The rest of my days, by Albita Rodríguez; and The mountain (I'm leaving me) and Old Passion, by Mane Ferret. This kind of exercise of the imagination, although fruitless, comforts my “… tremulous and lonely soul…” in days of isolation.

I am also comforted by the idea that Olga will replicate this concert in Havana, as planned, after a tour of presentations in Las Palmas de Gran Canaria, New York and Mexico City. I would be pleased to witness the closing of that cycle in a Havana theater. Seeing again, as in Manhattan, that the meeting culminates in another hug offered by the Cuban public, this time in national territory, this time with me repatriated for a while. 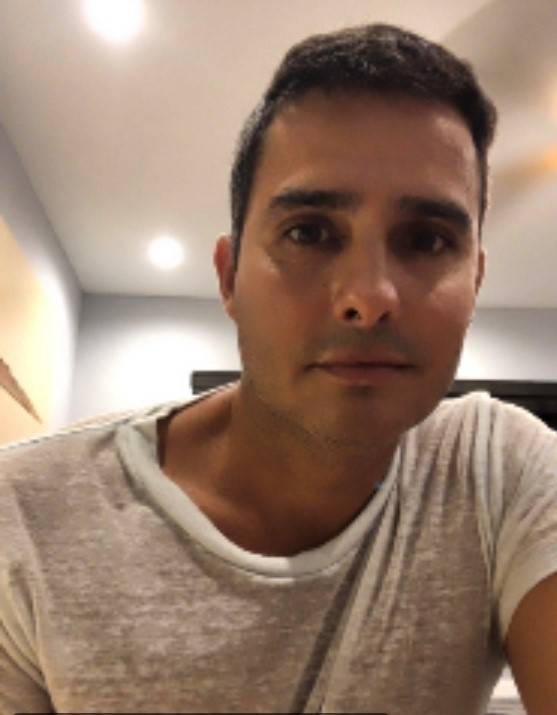