Friends ... (good) friends always surprise you with music to vibrate. Because it's about that, about sharing what you made yours, and knowing that people close to you can enjoy it as well. When Lorena WeTransferred the album by William Roblejo's Trío to me, I sensed that I was going to thank her. I must confess that between listening to the recording and savoring Cuban contemporary music live, I prefer the latter, because live I move, I go into the melodic stream, that accomplice “being there” that gives sharing the same space (air / waves sound), and energy, of course. Unique feeling like few others.

However, Capitalia (Egrem, 2019) came to me in parts, I would almost say, intermittently flowing, and so I enjoyed it. First, and a few days apart, I discovered it by the person who designed his image, Edel Rodríguez Mola. The cover and interiors structured with the skill and grace that knowing how to communicate attract, not only by recognizing Havana and its architecture, but by approaching these three enlightened ones (William Roblejo, Roberto Luis Gómez and Julio César González) who, alone or together, they indulge in music, a territory always to be explored.

For anyone who hears this phonogram traveling on foot, by bike or driving through the streets of this Havana (almost like that of any bustling city), Capitalia is a gift. Soundtrack that feels like an open conversation of instruments and performers, genres, styles and traditions. A sound geography with echoes ranging from the Irish timbral flying to North America to air with the Afro(descendant) syncope , from there continue to a Rio de Janeiro neighborhood, to finally arrive at a safe harbor, on the island of music, to Cuba.

I first heard Roblejo live a long time ago, at a jazz festival in 2011 or 2012, and then in many collaborations with projects and various musical genres. I was surprised by the ability, like other talented Cuban (classical) musicians, to move from the cult to the popular (to say an unjustifiable binarism in these times), from music focused on the score to improvisation more (or less) spontaneous. Because if its origins are undoubtedly in the Cuban classical violin school, over time and exposed to infinite influences, opting for jazz-fusion would say that it was natural. Roblejo ―who has said that he is “a violinist who makes compositions”― went from a first volume (Dreaming, 2012) in which the author's weight was quite choral, to Capitalia where eight of the nine songs included bear his signature, sharing the arrangements with Roberto Luis Gómez (Recuerdos, Cuando ya no estés and Capitalia) and with Julio César González (Amor de loca joven and Bossanera).

I could never hear Dreaming as it is said, formally - although I should have enjoyed it perhaps in some of the concerts that the trio has presented over the years; but many agreed that that initial volume —long nominated for Cubadisco— mixed with freshness and cast themes from established and new composers like himself, now they will appreciate the maturity that Capitalia exhibits, seven years later. Because this is, without a doubt, a polished record.

With an Ireland for three , whose vibrant violin solo delights nearly two minutes, Roblejo pays tribute to one of the most identifiable and internationally recognized violin schools. From the first chords the mastery of the classical violin settles in our ears to, moments later, unfold with the color and fast rhythm of the traditional Irish fidget that, more expressive with its impressive highs, unfolds the infinite possibilities that this instrument can embrace. Ireland, which here transpires to sea and cliffs, comes to us in a synesthetic sound, that which radiates from the dynamic violin, rises or gloats in the notes, the scales... to widen soon after and let the guitar strumming, plucking the bass, coloring the unmistakable timbre, curled... Ireland that is heard like an uphill wind, and it seems that the violinist is not one but two, wondering and answering at the same time.

And in that free flow, with harmony as a guide, it is understood that the theme Amor de loca joven, composed and arranged by Rafael Ortiz and included in Dreaming and now also in Capitalia, twin both productions, and be the second to listen. This track, like the next one, Ida y Vuelta, keep the tone of fun and excitement in such exact doses that frankly catch. Ida y vuelta, like a good bluegrass, it sounds like a western and, banjo through, it takes us to the cradle of American jazz, lightly, leafing note by note that protagonist violin so dear to old time and blues, which sums up (so well) the uncertain go-and-come of the contemporary nomad.

The album has in its favor a balance that goes from intense passages to more relaxed ones, with absolute ease. Without effort we go from euphoria to Recuerdos (Memories, in Spanish), where the tempo slows down, becomes thin, and the bass becomes an emotional-reflective counterpart, a violin mirror or vice versa. Almost the same thing that causes going back, to the foundations of Cuban music, to re-live listening to a Danzón en Tunisia that makes us move to the beat almost without noticing it. I do not know if Roblejo "stayed" A Night in Tunisia but I want to read a tribute where perhaps there is only allusion, a wink, especially when the danzón is a genre not as vehement as that jazz standard of Gillespie.

And as from memory to absence it only takes one step (a few chords perhaps), Cuando ya no estés, it would come to close the introspective line reached by the album at the height of the sixth song. This very intimate track has a video clip, and it is a very personal conversation (between the guitar, the violin and the miscellaneous) of which we will surely be witnesses and understood all by experience. The melancholic air, inevitable, is almost diluted when another rhythmic force resonates, Bossanera, which immediately transports us. It feels like flowing that nova samba, brief and warm, which is pure harmony and grace. The elegant instrumentation follows the intimate tone, but the bossa nova's spontaneous and syncopated phrasing loads the piece with personality (pandeiro by Edgar Martínez Ochoa). And if each musician enters, breakeando with ease and lyricism, almost at the end perhaps we will get to "hear" that someone vocalizes the melody to the beat, just what we would like to do.

But as if there was no time left, the shortest track of the volume is upon us: Llegando a tierra. Almost an allegrissimo, this fast-paced theme is pure expectation, it moves between the violin and the bass, with the guitar between the two. Dotted like someone who walks quickly or stumbles, and when they are more comfortable, it ends, because we arrived at Capitalia. Close as expected, this song is hot, because it is a synthesis of the previous songs. Luck of a melting pot of traditions and influences, like Cuban music itself, Capitalia combines everything from the classic violin to the modern drums (Rodney Barreto), from the flamenco guitar (Damián Campos) to the cajón (Leandro Cobas). But there is also the feeling of a gypsy violin, the bluegrass guitar and like “it doesn't mean a thing if you don't get that swing”, this track has a swing, and a lot.

In Capitalia the timbre and color make up the image of this city, Havana. No one can doubt that this track is a tribute, and not because in 2019 the capital would be five centuries old —in fact it was included in a compilation volume, a tribute to the city's half-millennium, titled Havana 500 (Egrem, 2019)— 'cause the song I think already came from 2016 when it was used to promote the Habanarte Festival, but for its unmistakable sound. It sounds Cuban and it sounds like world music, and all through that very personal arc that is strung together, leadering in groups of three, four or six magnificent performers. It is no longer a question of whether or not it is post-jazz or jazz-fusion, this volume escapes a generic classification other than that of contemporary Cuban music. And as such it must be enjoyed.

Arriving at Capitalia, Roblejo came to himself, after flying high and low, leaving and retracing his steps. The glory of music in a chord, to grow from there, and continue to grow. 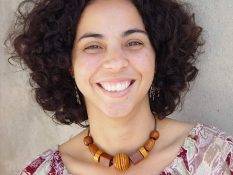