The temperamental, tragic and free voice of the filin in Santa Clara

Filipino Santa Lucia singer Lucia Labastida died on January 1, 2020, at age 45. He was born and grew artistically in the El Mejunje cultural center, where his ashes were deposited by the express will of the artist, who considered this space his home, and its director, Ramón Silverio, "the father of all". It was a ceremony in which friends, family, musicians, and followers sang, recited tenths, toasted, danced and said goodbye, burying the urn at the base of the central tree of El Mejunje.

Her father was José Luis Bastida, a very popular singer in the 70s, founder of the first formation of Los Fakires, a friend of Zaidita Castiñeyra, a philippine singer who welcomed her in her space on Saturday afternoons, in addition to helping and advising her.

"I am as I feel like it and not as anyone wants, I sing whatever I want as I feel like it. I am not a diva but temperamental. The temperamental is not going to take away from me because that was born with me, "Lucia said in an interview in Tremenda Nota this summer. "It was a natural phenomenon, without school, with a wild interpretation, it was carried away by passion. Over time he learned some limits, such as when he could expand with the public or not, "says Silverio. "When singing I fell into a kind of ecstasy close to trance," according to writer Alexis Castañeda. "She was an extraordinary singer, a diamond in the rough that could never be educated, but had a special natural gift; one was surprised whenever he saw her, "recalls Grethel Medina, director of the documentary Puro sentimiento, starring Lucia and her partner, Maribel Rodríguez.

The film that is still in the filming phase, according to its director, "narrates the relationship of a couple of two women in a small rural community, trying to get ahead in the world of music, with a genre that is not the one in demand. Two extraordinary women fighting against the social schemes of those who could not escape and trying to stay together despite themselves. "

Lucia participated every year in the Day against Homophobia in Santa Clara, as in most of the cultural activities programmed by Silverio, from the national tour of Santa Clara to Mejunje to the welcome gala of the then Minister of Culture, Abel Prieto, on his visit to the city. In all these years, Silverio has achieved that transversality reached the musicians and the public. This interconnection also benefited Lucia, who participated in several shows by different artists from El Mejunje, such as Roly Hood by Roly Berrío, in which she played a nun, or No llores alma mía, in which Diego Gutiérrez invited her to sing along to him and the Fakires. 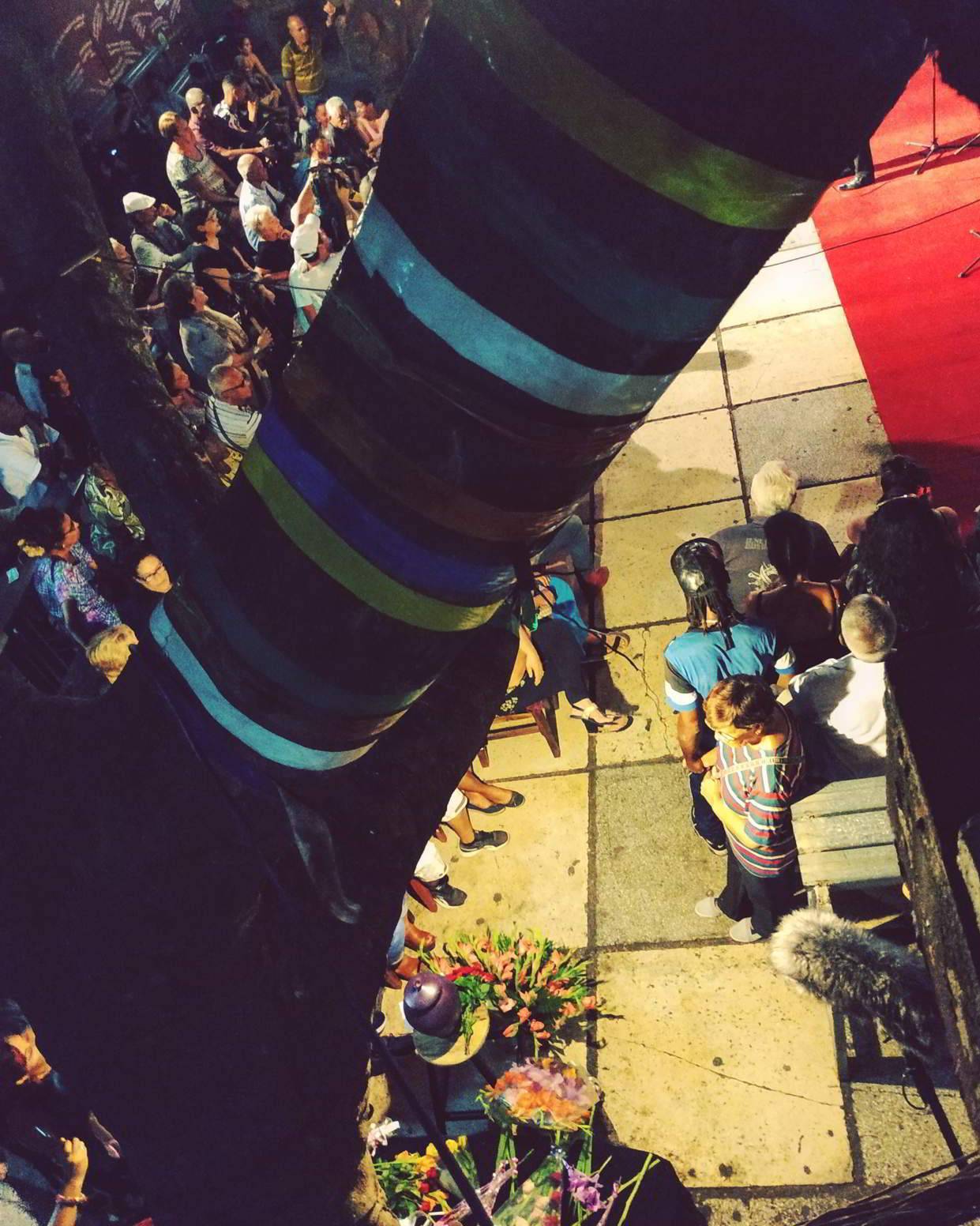 Lucía Labastida also developed her career beyond El Mejunje: she had her space at the Museum of Decorative Arts, performed at the La Caridad Theater, participated in the International Book and Literature Festival of Villa Clara, as well as in other spaces and city events. Outside the province, he had a special relationship with Matanzas, where Uneac and the AHS used to invite her. And he was about to star in the play En privad con la reina, based on the life of Celeste Mendoza. "Actress Miriam Muñoz tried to ride her with her. Lucia interpreted her songs very well. They started it, but in the end, it was not possible, "says Silverio.

"Lucia was someone who had a lot of love to give, even though she received very little. I was open to deliver a lot and very eager to receive affection, very flat, reacted naturally, it was very spontaneous, that made her sometimes be rejected and other times very dear, "recalls the director of the documentary Grethel Medina.

Raúl Marchena, musician and member of La Trovuntivitis, the troubadour group also with its own space in El Mejunje, concludes: "Lucia had managed very hard to make herself a place in the culture of Santa Clara. Coming completely from below, being a woman, poor, black and lesbian managed to prevail in the environment of music and art in the province. Be recognized, respected and loved by the community of artists and the public. It saddens me that I could not continue with that effort, but it is nice how far it went and where it walked. So a kiss for Lucia, wherever she is. "