Diary of a music lover: The David Blanco Trilogy

In a country so marked by machismo, no musician who tells stories of seduction and moves sensually on stage, escapes to be branded as believed and automatically disliked. For those same misgivings I spent a lot of time without wanting to know anything about the papirriqui that was singing Mueve la pachanga or El despechao. Moves the pachanga or El despechao. Until one day a friend gave me music that caught my attention at the moment: a mixture of Caribbean percussion with tribal songs and drums, with a Cuban trumpet and an electric guitar that bursts at some point along with a drums and pop programming effects . It turned out to be the intro of Parar el tiempo, another of the famous themes of that papirriqui. From there I began to unlearn both useless prejudice and discovered a work rich in genres, fusions and textures that included, if not the best, one of the best pop-rock albums that have been made in Cuba: La evolución (Bis Music , 2008). Seeing it live meant another fallen jaw. His concerts are electrifying, powerful, energetic ... David, who has a total sense of the show, is thrown to the public from the earliest bars, becoming a kind of guru guiding a religious ritual. Wanting to share my experience I tried to make friends listen to him, but I failed most of the time. Then it occurred to me to drag them to their concerts. Thus, not a few began to follow him and everyone recognized his quality as a musician and performer and his skill as a showman.

On August 30, David Blanco presented his new material at a concert in the Pavilion Cuba: La Trilogía (Bis Music, 2019), a DVD with one of the presentation concerts of his latest studio album Vida Libre (Bis Music, 2017).

The title of La Trilogía makes reference to the fact that this is his third DVD, after . La evolución: El concierto (Bis Music, 2010) and El nuevo mundo (Bis Music, 2014). And it is the first mistake I find in this work, because I can't understand the selection of the name. Yes, it is David Blanco's third DVD with Bis Music, but under that logic it could be assumed that the next one will be called La tetralogía, isn't it? Nor do we talk about a set with the three DVDs. And finally, I do not believe that the definition of trilogy applies to these three materials, since there is no continuity or concept that unites them. Precisely that is a trilogy: three works more or less independent of each other, but that together make up a unit, whether narrative or conceptual. A trilogy is, for example, the one formed by Silvio (Ojalá, 1992), Rodríguez (Ojalá, 1994), and Domínguez (Ojalá, 1996), composed of intimate songs, using the guitar as the only instrumental accompaniment and with similar designs .

In this DVD the design goes through some sorrows and no glory. It is dated, halfway between retro futurism and contemporary design, with triangles as an obvious reference to the title. The authorship and content of the DVD is very poor: it only brings the options of full concert or selection of songs. It has no audio settings, no extras, no subtitles. The duration of show the show is no excuse for this because the previous installment, El nuevo mundo, brings a longer concert and, as extras, three video clips and a making of, as well as stereo and surround audio settings.

As I said at the beginning, David's performances are usually exciting, and this case does not escape it. Like the album that was presented, most of the arrangements are influenced by that disk bomb that was the Random Access Memories (Columbia Records, 2013) of Daft Punk, in which the French duo rescues the essence of disco music of the 70s and 80s to return it with an updated sound. This is why the concert does not have the typical mix of David Blanco and so, next to the funk, the disco and the new wave typical of those years, we find reggae, cha-cha-chá, rumba and son.

In relation to its dramaturgy, the concert is very well armed, and the emotional and intensity changes flow smoothly, not only when passing from one song to another, but also within the same song. An example of this is Solos en la oscuridad, for me of the best moments of the material, both for the arrangement and the execution and for the successful play of lights.

Paradoxically, where the show fails the most is in the themes to which David invited reinforcements. The only one that is certainly interesting is Mayito Rivera in Alucinado; a dance music cut from dance music extraído de Vida Libre. Near the end of the performance, the rhythmic base is transformed into a guaguancó tumbao while keyboard, guitar and bass maintain the melodic dance line dance of the original theme, achieving a perfect symbiosis between these disparate genres. All this seasoned with the exquisite sonic voice and improvisation skills of Mayito. Tanya, invited in Sueños de ángeles, abuses her interpretation of the vibrato moving away remarkably (and badly) from the original recording, and ends up spoiling this mid-tempo ballad mid-tempo included in Vida Libre. Adrián Berazaín is the guest in that sort of pop anthem that is La tierra prometida. His performance is limited to a harmonica solo that lasts the bulk of the song, only that, after three minutes, it becomes tedious. To top it off, towards the end of the topic, a harmonic dialogue is established between David and Adrian that extends to boredom. Closing with Conga final would have been a success had it not been for the performance of the guest Paulo FG, who dispatched a poor performance with bland improvisations and empty of grace, musicality and creativity.

The concert, with its ups and downs, can be described as good, but it does not happen the same with the audiovisual record of it. One of the first mistakes to be seen is the notable differences in image that exist between the cameras used; this means that, at the same moment and under the same lighting, David is seen from a yellow angle, from a pink one, and from a greenish third. It is very likely that different camera models have been used, but this does not justify the lack of unity between the images. For starters, modern digital cameras have many configurations and color adjustments, through which different models can produce similar color palettes. But even with a good fit and using equal equipment there are mandatory processes such as color correction or image postproduction, which seek to achieve harmony between each video source and use effects to achieve a specific aesthetic. La Trilogía, I dare to assure, did not pass through the hands of a color corrector.

On the other hand, the direction of photography is bland; (at least) seven fixed cameras, two cranes, two GoPro, a dolly and a camera in hand on stage were unable to efficiently transmit the vibes of this concert. Here there was no planning of camera movements, interesting shots, or use of photographic resources; I could say that the cameramen worked on autopilot. And this is serious, because in a recorded concert the director of photography is the main one in charge of connecting you with what happened there, with the dynamics of the songs, with the emotions that the public lived ... This, in addition, greatly influences the edition , that very little can be done when fed with such a basic filming scheme. The cameras on the stage allow you to experience the concert from a perspective that we almost never have, so they are probably the most enjoyed shots when watching a recorded concert. And yet, here it is totally underutilized, just recording the drummer and percussionist. A masterful example of the power of concert photography is the DVD Ofertório (Universal Music, 2018) by Caetano Veloso and his children. A work so meticulous that it is noted that the cameramen rehearsed each movement and focused as much as the musicians their songs. But without the need to go to Brazil, La evolución: El concierto uses many resources and we can see zooms, cameras in the public, on stage, slow cameras, black and white, sweeps ... Many of these may be seen today cheos and outdated, but at least they work when it comes to transmitting the energy of that concert.

The audio recording ran better luck than the images. The instruments are heard quite clearly, mainly in the most relaxed songs. This is especially appreciated by being able to clearly perceive details of the programming, so important in the songs of x Vida Libre, However, the volume of the audience seems too low. When a live record is recorded many times the artist wants to add to his music that instrument as unpredictable and chaotic as the public is. And when consuming a recorded concert it is important to listen to it (and not only in the traditional moment in which the artist makes silence and gives the microphone to the audience), because we are social beings and empathy is always generated by witnessing a show in the company of others people (even being, as in this case, a virtual company). That feeling the reactions or emotions of the other strongly suggests our perception of the spectacle itself.

That said, this material is a DVD and nothing else. That is, it does not include a CD with the concert or at least a part of it. I don't know why in Cuba there is a tendency to publish DVDs without an audio counterpart: 4 Decades (Abdala, 2018) of Síntesis; De Revé a Van Van: Dos leyendas (Egrem, 2018), Italuba Big Band (Bis Music, 2018) by Horacio El Negro Hernández, just to name a few examples of different record houses, have been productions that have opted for this format, to Despite not being so popular. Just take a look at the standards of sales certifications to see it: in the United States the RIAA establishes that an album and a single are certified as gold records when they reach 500,000 copies sold, while DVDs obtain the same certificate with such only reach 50,000 copies. So, it may be asked, why not include a CD with the audio, as in La evolución: El concierto? Even many musical documentaries are accompanied by a CD, such as Pearl Jam Twenty (Columbia Records, 2011). At the end of the day we talk about music, and listening to a live album is something we can do dozens of times, but sit down for two hours to see such material, not so much. And in this specific case the absence of the CD is doubly sad, since the audiovisual is not attractive but most of the interpretations are.

So, La Trilogía La Trilogía is not a job that I would recommend to those who don't know David Blanco. Well, not the one who knows it, because as an audiovisual product it is mediocre. And more unfortunate it is that these criticisms may well apply to many of the DVDs that have been released in recent years in our country. Musicians and producers should ensure this with extreme rigor. First, because it is the record of a concert for which, almost certainly, they worked hard, from the selection of themes and their arrangements to the conception of the show and all the necessary logistic coordination. Second, because these projects are generally expensive, and if a large budget is being invested in the midst of the economic situation that Cuban labels have today, we must ensure that the final product has the best quality in all its aspects, and that they are not assumed with palpable creative vagances. 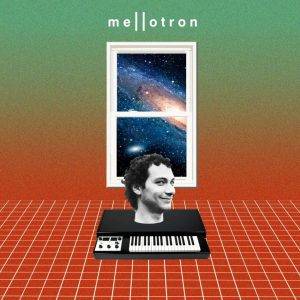