Synthesis. Photo: Courtesy of the band.

The importance of being called Síntesis

About the year 1623, the space that today is known as Plaza de La Catedral was a monastery filled with cows, sailors and other specimens of the same ilk. A smelly site and badly seen, nicknamed by then La Ciénaga and that, later, with the construction of the Catholic temple and the mansions around it, it became fashionable: the space chic that the white slave slaves in the city needed for their parties and ceremonies.

A lot of time and history in between (on December 14, 2016), Síntesis celebrated its forty years in music there. It is said fast, but it is a life pursuing the song of the author, the fusion of rock (in lucumí, in Spanish) with the complex roots of Afro-Cuban poetry and music. And of course, it had to be a symbolic concert. Not only did they remember their debut (the same day and month of 1976 in the same place), but they assumed that calling themselves Synthesis and playing in The Cathedral means, at least, that the stones of the temple are cracked even more, that their idea of trespassing the limits survived, or that today (among other things, but largely thanks to their music) we look more like what we are.

Directed by Joseph Ros, the DVD Synthesis 4 Decades that the concert gathers tried to capture the density of moment size from the greatest clarity and narrative cleanliness possible. Photography is as accurate as it is warm, and editing manages to keep the rhythm for one hour and 20 minutes of music. Very beautiful that presentation in which the Plaza is filled with people, and beautiful close-ups of old and young faces that feel the music from the audience. But the best of all (and I mean it) is the sound: it is one of the best live recordings I've heard in Cuba in recent years.

They sound, as they should sound, 13 classics from different eras as Asoyín, The strange man and Aguanileó, that show a polished band and in full form. There are always leaders, Carlos Alfonso and Ele Valdés, but also a group of very competent young people: the percussionist Octavio Rodríguez, the drummer Hugo Cruz, the percussionist and singer Yaimi Karel Lay (his voice was a surprise here), the guitarist Ernesto Blanco, the singer and composer Eme Alfonso and the pianist José Gavilondo (someone tell me, by God, if his painting as instrumentalist and orchestrator, his scenic projection, does not remind him of the Leo Brouwer of the era of the Grupo de Sound Experimentation!).

Another highlight deserves the guests to the concert, mostly formal part of the band at some point in his career. Yes, I missed the mystical presence of Esteban Puebla and X Alfonso (perhaps because with them on board I started listening to Síntesis for the nineties). But the rest is not wasted: from Silvio Rodríguez to Amaury Pérez, from Ernán López-Nussa to José María Vitier, including Niurka González, Pablo Menéndez, José Bustillo, Denis Peralta, Fernando Calveiro and Fidel García.

My favorite moment of the concert is when the latter ("Fide", as they call him from the audience) goes up to interpret Someone calls, a wonderful song by Donato Poveda that has I do not know what that immediately remits that lost candidness of the eighties. 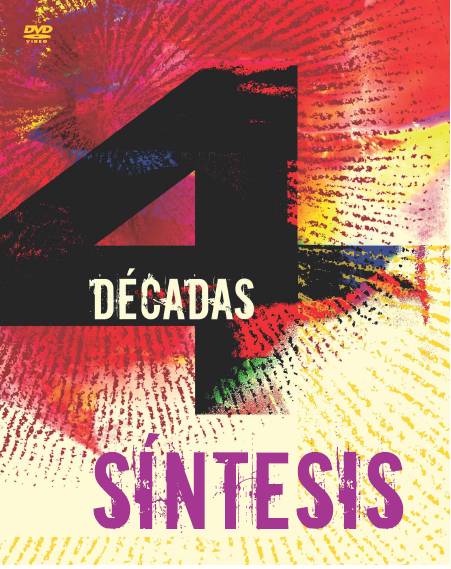 They also collaborate spectacular dancers of the National Folkloric Ensemble, Yanexy Cruz, Yulién Fernández and Dariana García, who come to dance (and are undoubtedly) Oyá, Ochún and Yemayá.

But this DVD wonder also has a low note. I have the impression that you could have taken more advantage of a He showed of graphic design like Nelson Ponce. It's just my opinion, but Síntesis 4 Decades it deserved more, more in the design of the cover and more in the interiors of the physical support, which is not fulfilled forty years every day! The same happens with the extra photos of the DVD, which only covers the period 1976-2006 and dispenses with elementary information such as the names of the musicians in each stage.

When the closing sounds Opatereo, with the untouched voice of Carlos Alfonso and those invited metals that shake the Cathedral once again, one is convinced that this is not another record (it can not be), but an opportunity to revalue the transcendence of Synthesis in music and that more diffuse that is called Cuban culture. In case there is still some clueless out there, Ochosi throws his arrows. 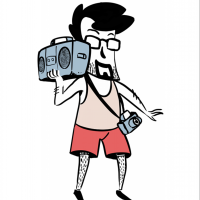