Kumar knows it: you enter Olympus by breaking the bushes

As a child, my grandmother took me to catechesis, to Sunday morning masses and processions of the diocese convinced of that absurd theory that is social whitening. Because of these paradoxes of life, my great-grandmother — her mother—, had little wooden gods, eyes wide open, jars with honey and rum, kilos and fruits that they ate with their mouths shut. My grandmother called that pagan animism "the ancestor", with fear and shame. In those two poles my infant ideas about magic, the spiritual and the other world moved.

Conceptual collapses aside and academic accusations that I will review later, I can say that few black artists (skin blacks, hair blacks, art and life blacks) take a sincere path regarding their raciality, their blackness. That, I dare say, is the case of that artist who has attached a title for each creative stage: Kumar Sublevao-Beat-Afrosideral. Banishing the shame of the ancestor while continuing to be carried away by pride towards him, that is his mission.

Certainly, there are those who could approach to his most recent phonographic production , El Olimpo de los Orishas for the religious reason that moves him, and whoever does it runs the risk of being obvious. Kumar places the Yoruba deities on Olympus, the theological culmination of Western culture that has been imposed on us. Some lofty little voice will say that it is a game of intertexts, that it is transculturation, that Kumar wants to give their deities the same place and preponderance that the white, Greek gods with rich elements and powers have enjoyed anthologically. A correct idea, I would say, obvious. That is actually just the beginning.

El Olimpo de los Orishas , so proves it. Kumar has reached this point in his mature artistic career, without becoming a caricature redundancy of the underground rapper that he was and, at the same time, without leaving him. Aesthetics is different, the intention too, but the essence is the same. In the midst of self-plagiarism and faded copy among artists of his generation, I am pleased to understand that Kumar grew up.

The complexity of his proposal proves it. At first listen or by advance recommendation, El Olimpo de los Orishas seems one more within that great bag that is the cliché, another remix of the Afro-Cuban to gain ground with its mysteries, to sell exoticism and take advantage of the ignorance of many. However, Afrosideral's music comes in wisely overlapping layers: saxophones and xylophone in Líbrame de Arayé , electric guitar in Changó en el Olimpo, and acoustics in em> Filho do Mar . At the center of all is his harsh but sincere voice. Like a little salt in syrup is the inclusion of Sexto Sentido in Eshu Odara .

Filho do Mar is perhaps one of its jewels. This piece is dedicated to the queen of the seas, the one who can do anything, the queen of the world and patron saint of Havana: Yemayá. The piece also proposes the significance of the Afro-descendant, Afro-Caribbean and Afro-Latin culture. That its lyrics are in Portuguese is just one of the ways to explain how blackness is an experience that transcends spatial limits to encompass all the points where the African diaspora spread. In Ode Ni Ire he is accompanied by DJ Nickodemus, who joins the Afro-Cuban groove, of which Kumar is the leader.

The extension of the tracks not only reveals Kumar's fondness, as the author, for the loop machine and the overlapping of sounds, but also as a producer adding details, turns and hooks every certain frequency in the songs and that prevent the boredom of the listener. In fact, the artist leaves nothing to chance: everything is available. None of these tracks leaves the feeling that something is missing and, curiously, nothing is left over. Of course, conceived under the determinants of house, all comply with its intro-hook-climax-outro structure, with its mandatory reiterations. In this sense, Kumar is not surprising, but neither does he disappoint.

At this point it is not unfortunate to say that Kumar is an afrofuturist. In his favor, he counts the acoustic synesthesia that includes in almost all the pieces, an element that reminds us that this Olympus is not climbed on open roads, but is entered by breaking through the bushes. There are the chirps of the birds, the crunches and drips, the forest and its thickness. Afrofuturist is also his intention, to take the elements of the past and place them in a possible future. It is subverting the victimizing and marginalizing narrative of the black past by bringing it to the present, looking to its future, Kumar speaks to his orishas in the language of yesterday, with songs of today. This element is not new, but he incorporates it in his style and does it with praiseworthy virtues: avoid easy stereotypes such as the sensuality of the black woman condensed in his deities, or the physical power of the black man in his Changó and Oggún. His speech rescues from forgetfulness what an orisha is: an accompanying deity, wise, imperfect but moral. Its aesthetics shows Africanness not as a ballast or an exotic attraction, but as a tasty inheritance, legacy and heritage. 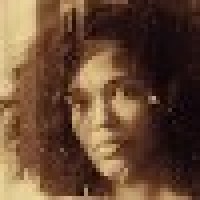