The inequality between men and women in all social spheres or cultural expressions of any kind is abysmal. The music industry in the world does not escape this imbalance and gender discrimination that makes us sick as a society; it reflects, in an equally brutal way, the systemic problems faced by women in the rest of the labor, cultural, social, political and economic spheres.

This discrimination is expressed in under-representation, sexual harassment, lower salaries for equal performances, obstacles to signing the authorship of their compositions, low visibility, meager presence at festivals and in professional groups. All of these remain "normal" issues in the middle of 2020.

The figures are shocking. They tell us, among other truths, that the industry needs for a long time clear actions that induce a fairer balance for them. Hence, new initiatives are being promoted, other scenarios are sought and, especially during the last five years, new projects coordinated by women from the industry itself have been set up in our region.

The following are 13 initiatives, collectives, platforms and meeting points, whose work we consider to make all these problems clearly visible, they propose to change this twisted and not at all natural order of things. Among these there is none born in Cuba, where, except for isolated actions and projects that do not yet make up a common discourse, we do not have experiences of this type. Neither, be it fair, are there all that are; Fortunately, it is a very alive terrain, in which new alliances and nodes are constantly emerging, changing and establishing themselves.

Although with their exceptions, these examples have been staged in the last three or four years. In that short time they can expose a generous endorsement of successes, achievements and, above all, an inexhaustible reserve of inspiration for many other women who now already know that there are alternatives, that they are not few and that they are not alone. 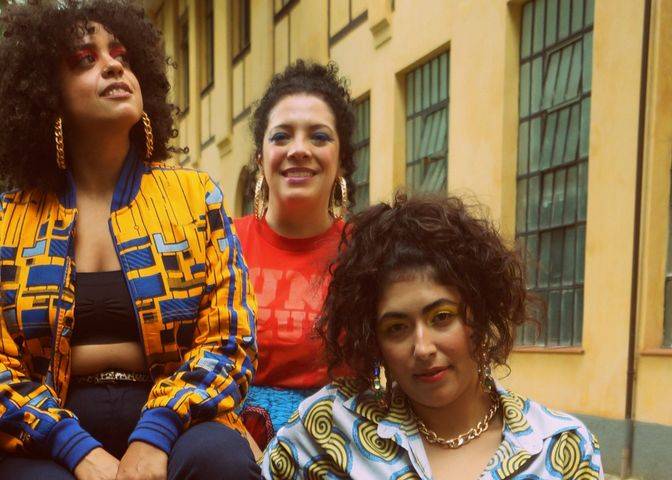 Photo: Courtesy of the project.

The project was founded in 2016 and its work focuses both on the appreciation of the role of women in the context of the sound systems characteristic of reggae culture and its promotion, as well as on the expression against social oppression derived from issues of gender. With interventions by singers, singjays and MCs on the microphone, the musical selection traverses the eras of Jamaican music and correlated Brazilian productions. In addition to the music curation activity, Feminine Hi-Fi proposes and carries out activities to stimulate learning and the exchange of information (talks, documentary exhibitions and workshops) and has the Feminine Hi-Fi Tunes label, dedicated to recording, promotion and distribution of music focused on female reggae voices.

The project has already brought together almost a hundred women in its line-ups in Brazil and has made inroads into important events and stages of the Brazilian cultural scene.

In 2018 they moved to Europe, doing a two-month tour and passing through a total of six countries (Germany, France, Italy, Switzerland, United Kingdom and Spain) and 12 cities. 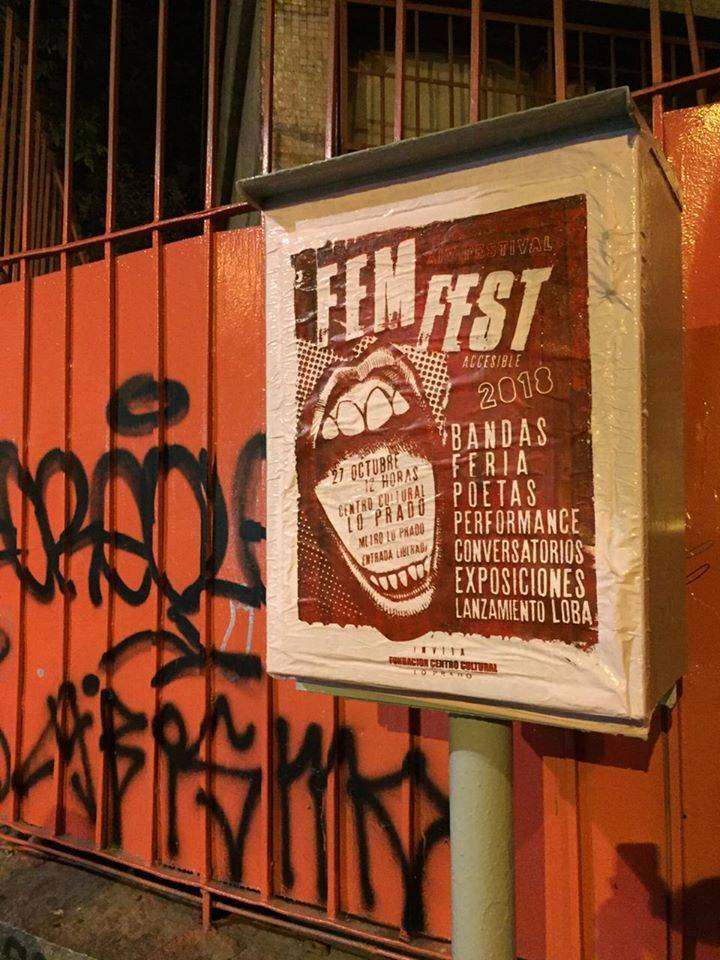 Self-managed organization that since 2004 groups together musicians, bands, social organizations and artistic groups around the creation made by and for women. They promote their participation in rock and other musical and artistic expressions, generating spaces, visibility, diffusion and a cultural circuit that culminates each year with the Festival.

Femfest was born in Chile from the need to open spaces for women within the musical world, which has historically been a space for men. To date they have held 11 Femfest festivals in various parts of the country. 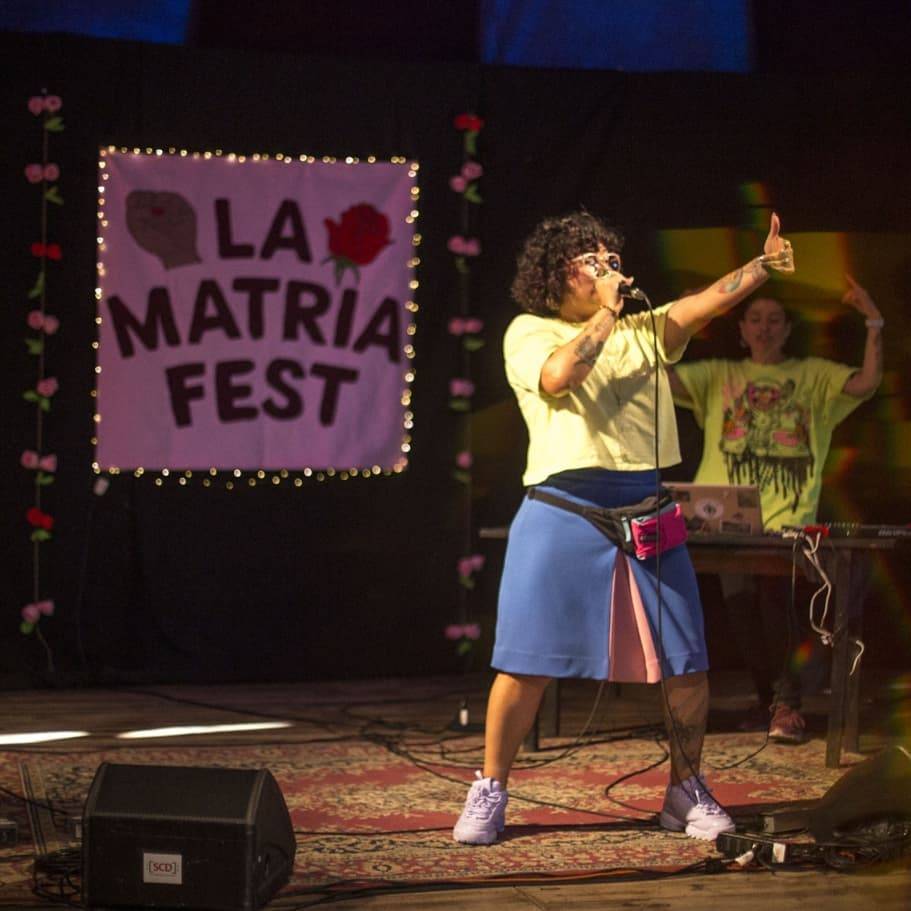 Platform and concert tour that seeks to open spaces to have more women and dissidents on stage. Combating the exclusion of Chilean music in local spaces has been the flag of La Matria, which began activities in 2017 as a successful inn, and last year held its own festival at Club Chocolate. After the Chilean social outbreak, the project took a turn in its 2019 edition and, in tune with the social movement, announced that this year the festival would be free and massive, and would have the participation of prominent national artists Ana Tijoux, Princesa Alba, Pascuala Ilabaca, Consuelo Schuster and Mariel Mariel, one of its founders. 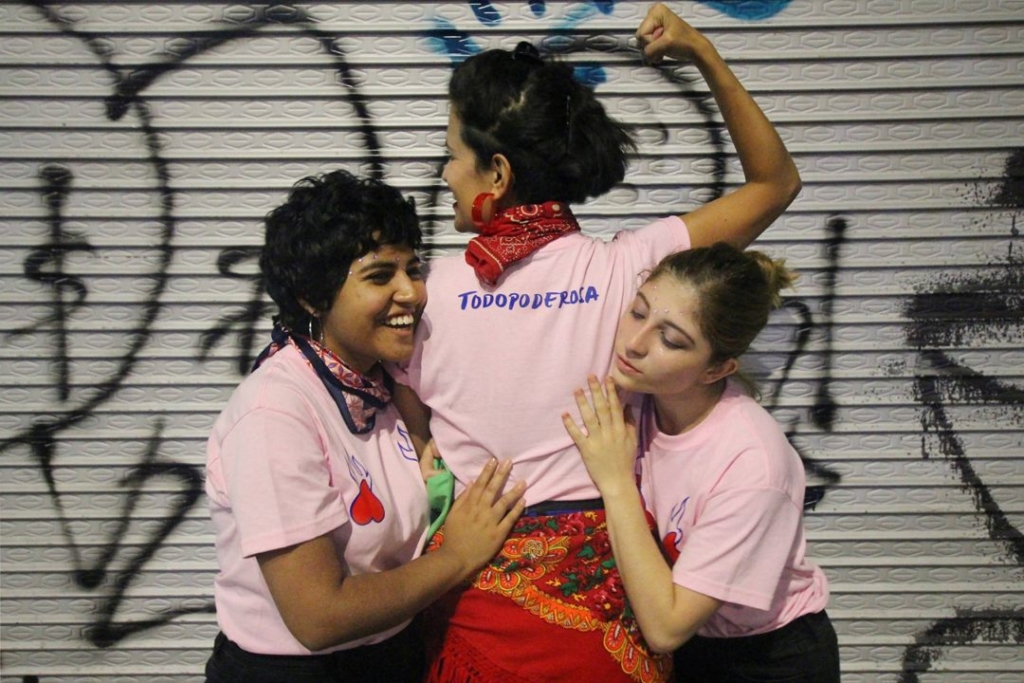 They are described as an ecosystem for the analysis, production and circulation of music content made by women. The Almighty collective has among its founding partners María José Camargo, María del Rosario Cardona and Alejandra Gómez. They work in music from different areas as artists, journalists, composers, researchers, managers and entrepreneurs. Its objective is equal opportunities within the national music industry, the culture of inclusion in the different links of the production chain, and the forceful representation of diversity in local cultural scenes where there are musical initiatives. 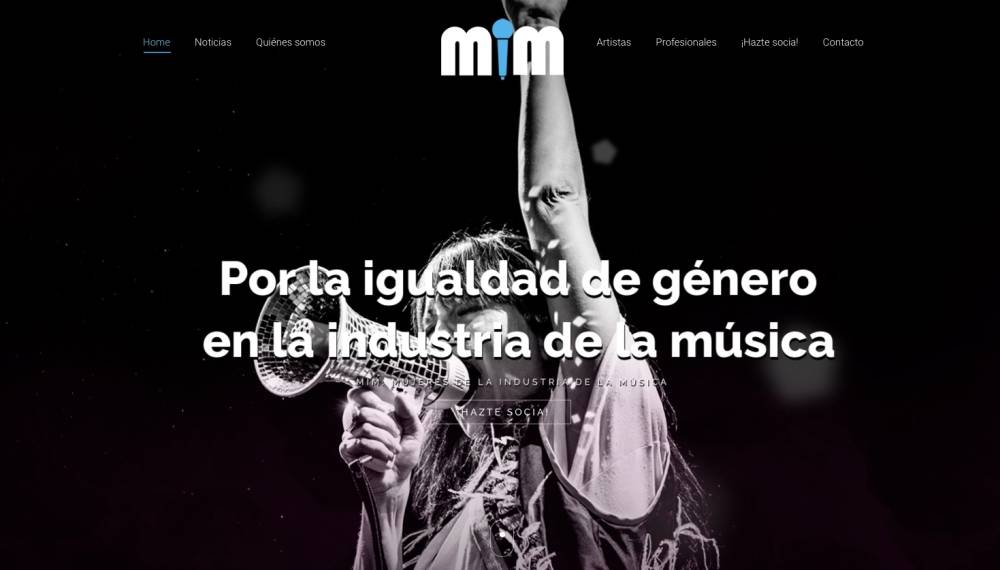 It was born in September 2016 during the 28th edition of the Mercat de Música Viva de Vic. During the months prior to its constitution, meetings of female professionals took place in Madrid, Barcelona and Coruña, who, by sharing experiences, concluded that the creation of a platform where professionals in the sector could generate visibility, highlighting both their work and the lack of equal opportunities and natural relevance of women in Spanish music, a dysfunction that most of the time is dissipated, especially by immediacy and volume of work.

“Our ultimate goal is our dissolution. We wish with all our might that the day comes when our association, or our website, or that our website and association become Professionals in the Music Industry, where men and women have the same treatment, the same salaries , the same opportunities, and the same possibilities ”, can be read on their page. 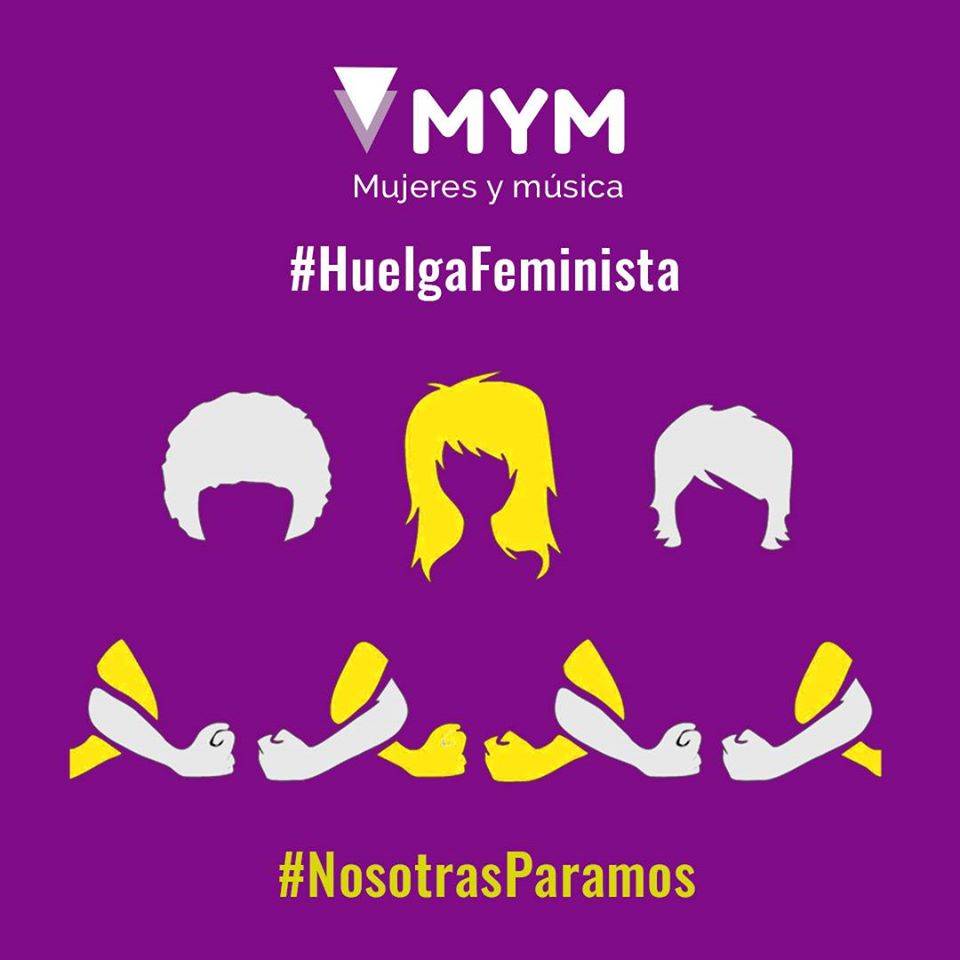 - Make visible women who have marked the history of music and those who are currently beginning to forge a path in music.

- Raise awareness about machismo in song lyrics, in education and in the music industry, and introduce a gender perspective to change this situation.

- Give a voice to the different groups that struggle to change the scene and join forces, promoting joint actions, disseminating activities and collaborating to generate synergies.

These purposes are fulfilled through research and dissemination of data, reflections and debates, promotion of records and events carried out by women or with a gender perspective and the promotion of the active and conscious struggle against unjust situations due to gender in the musical field. . At the same time, they generate a database of female musicians to facilitate the discovery of new artists classified by genres, countries, periods, instruments ... 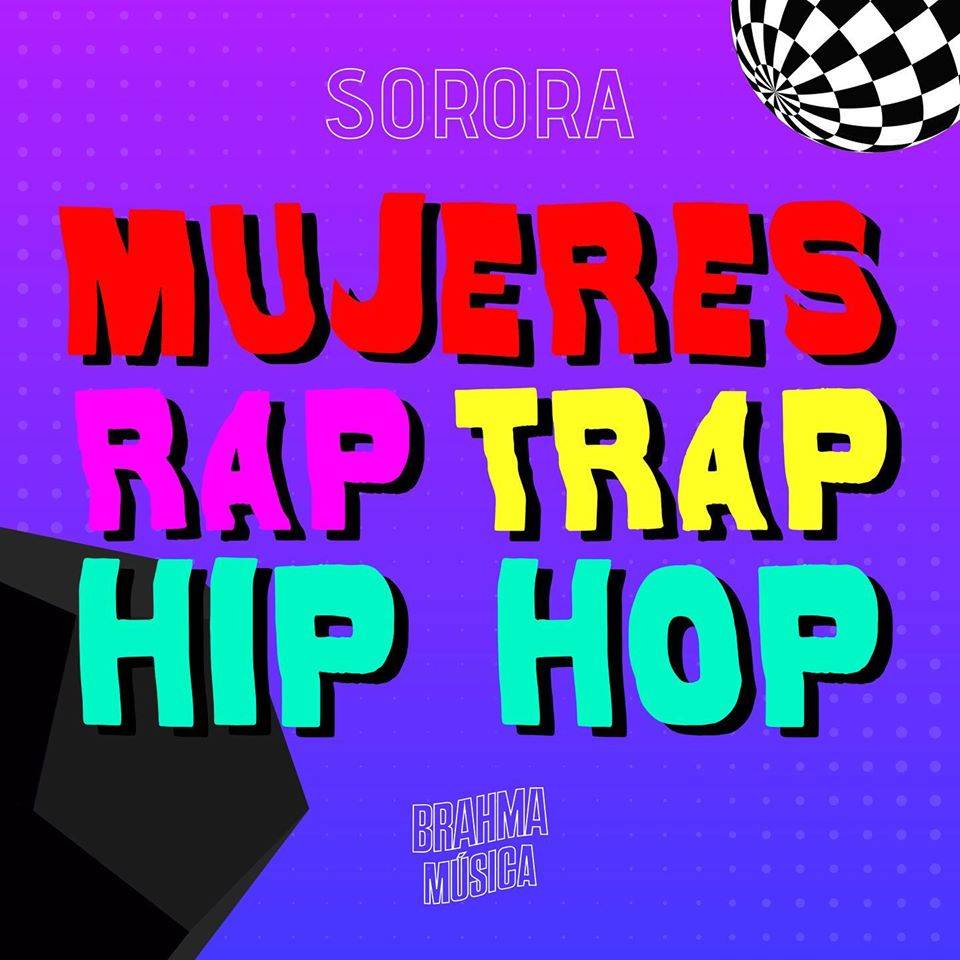 There are nine girls involved with different roles from which they all contribute different ideas and concepts, but always keeping the objective clear: to install and make visible the low representation of women in the musical ecosystem. By opening spaces for debate and trust between the different workers, they seek to build and strengthen the collective. They are clear that only in this way, united and represented, will they reach political decision-makers and the legislative sector. They have created Fiesta Sorora, a festival in order to offer an alternative space for female projects that do not appear on the posters of the most important festivals in the country. 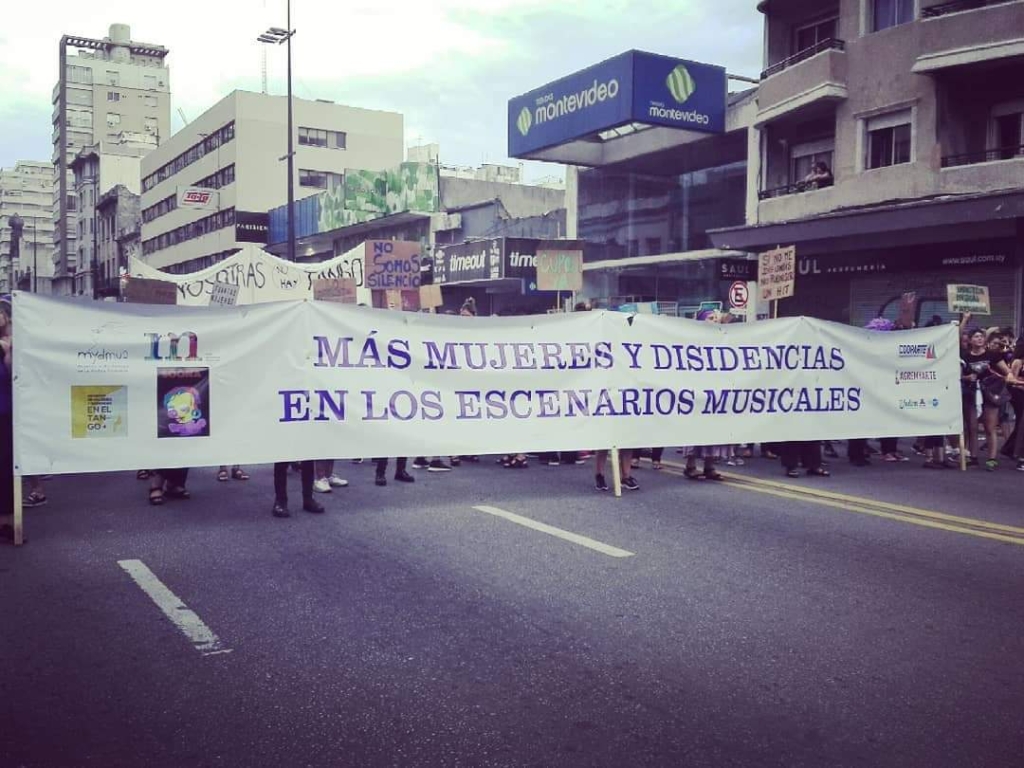 This group began to take shape in 2017 and in March 2019 it accessed a Fund of the Municipality of Montevideo, through which it was finally able to create its website and since then it has not stopped working. The objective of the platform is that it can be used as a tool to disseminate the work of women and musical dissidents throughout the country, and can be consulted by those who produce shows to easily access the Uruguayan sounds according to musical genre, department, format, etc. . 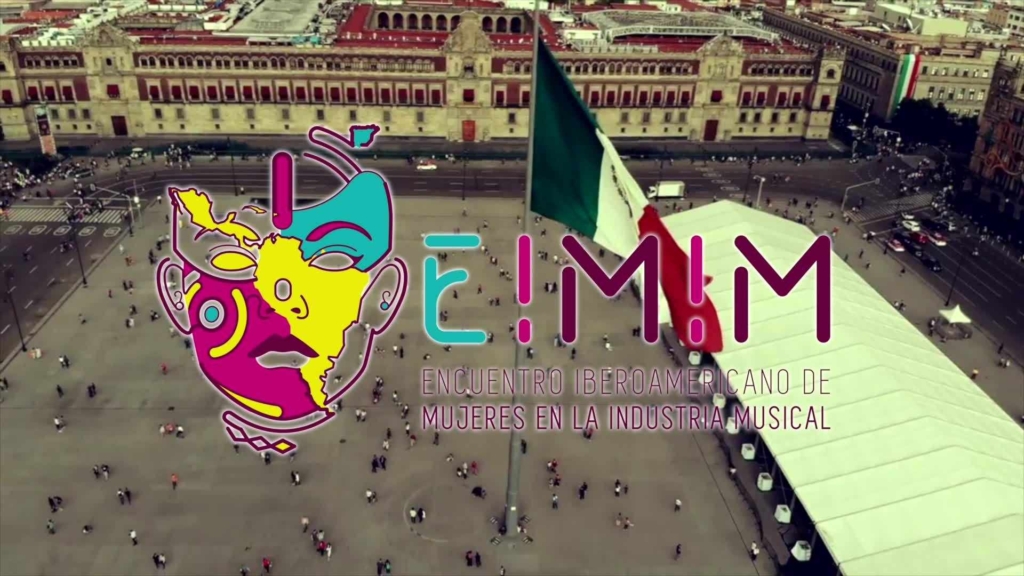 Try to delve into the most pressing issues through a powerful professional training program that affects the new generations. At the cultural management level, by building a space for professional and business exchange, EIMIM intends to position itself as the most relevant platform in the sector, hand in hand with the revaluation of the role of women in the music industry in Latin America and having as nuclei the Mexico City and Madrid.

Transsectional and intergenerational space for meeting, interaction and projection of creative women, artists, producers, businesswomen, managers and academics. It seeks to reflect, promote and articulate ideas and actions around the presence and work of women in the music industry in Latin America. With a congress format, it had its first edition from May 23 to June 14, 2019 in Mexico City, with spaces for conferences, master classes, talks and debates. It arises because “the need to implement gender perspectives has become urgent: from the most intimate spheres of daily life to business spaces, the sociocultural differences that concern gender (women, the LGBTTIQ + community and non-binary identities) legitimize inequality. On the other hand, cultural diversity is not significant in business logic despite the insistence of international agencies on its importance as a development factor ”, they explain. 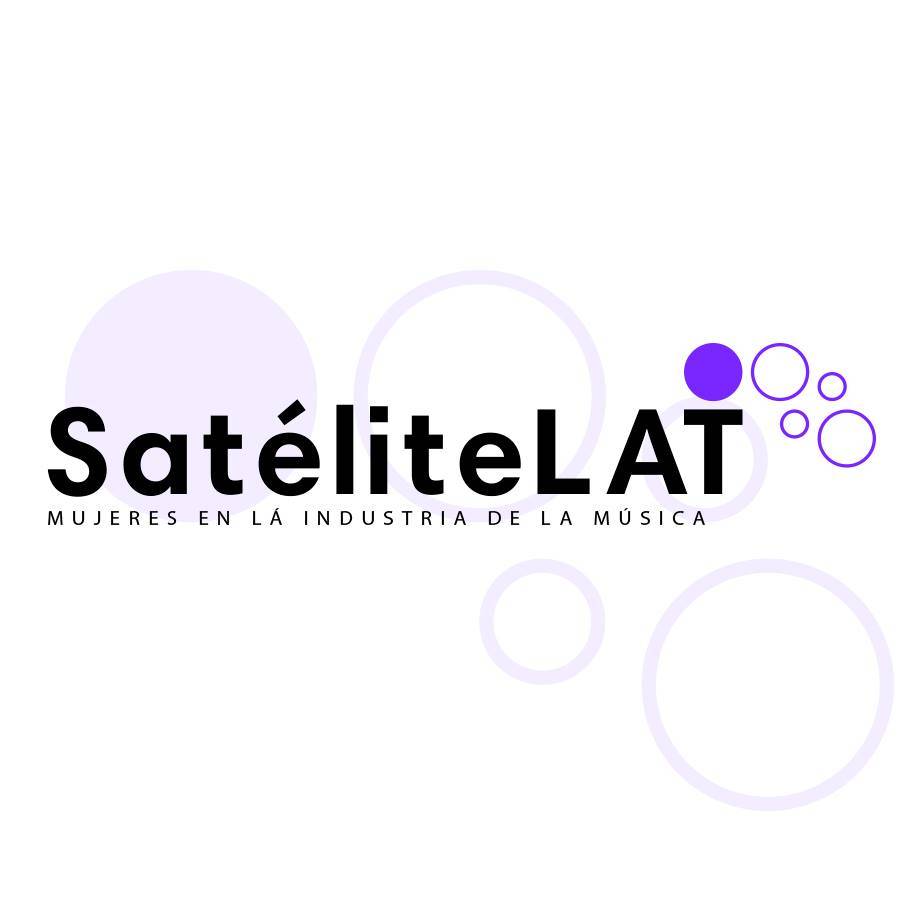 Satelite is still in a founding period and is made up of music workers from 15 countries, with the purpose of influencing spaces where different people who make up the music production sector converge (fairs, markets, festivals, meetings ...) and Through specific actions (talks, workshops, conferences, debate table, surveys, etc.), highlight the lack of inclusion and visibility that women have endured over the years from the different roles they play in the music industry of the Latin American region. Therefore, as a final objective, they intend to denature practices associated with discrimination by gender and not by ability, installed in the Latin American musical ecosystem.

The network has the spirit of spontaneous and collective organization. Those who wish can register to make contact with other women in the music industry.

It is a market for music; a space for the generation of businesses around Ibero-American sounds. EVA Music Market is the first virtual meeting of artistic bonding born from the digital. It arises from an alliance of music agents from Chile, Mexico and Colombia and seeks to be a meeting point for musicians, managers, producers, labels, agencies, festivals and other leading and supporting actors of Ibero-American independent music management with an inclusive approach. : all the musical shows will be in charge of soloists and bands led by women.

We are Ruidosa (Latin America)

Platform + festival + Latin American feminist community that promotes the empowerment of women in music and creative industries. It seeks to generate a space for positive feedback and discussion, where it is possible to break with the patriarchal and binary story that also rules in the context of music and to generate an instance to build a story of its own from another perspective. Its objective is to place women as protagonists of the story, the stage and the festival's poster, as well as to make visible and learn more about women who are references and examples in this field.

In less than four years they have held festivals in cities such as Santiago de Chile, Valparaíso, Mexico City, Lima, among others; panels in Buenos Aires, Las Vegas, Los Angeles, Valdivia and more. They published the first research on female participation in music festivals in Latin America, creating content and networks for collaboration, communication and dissemination of women ... and making a lot of noise! 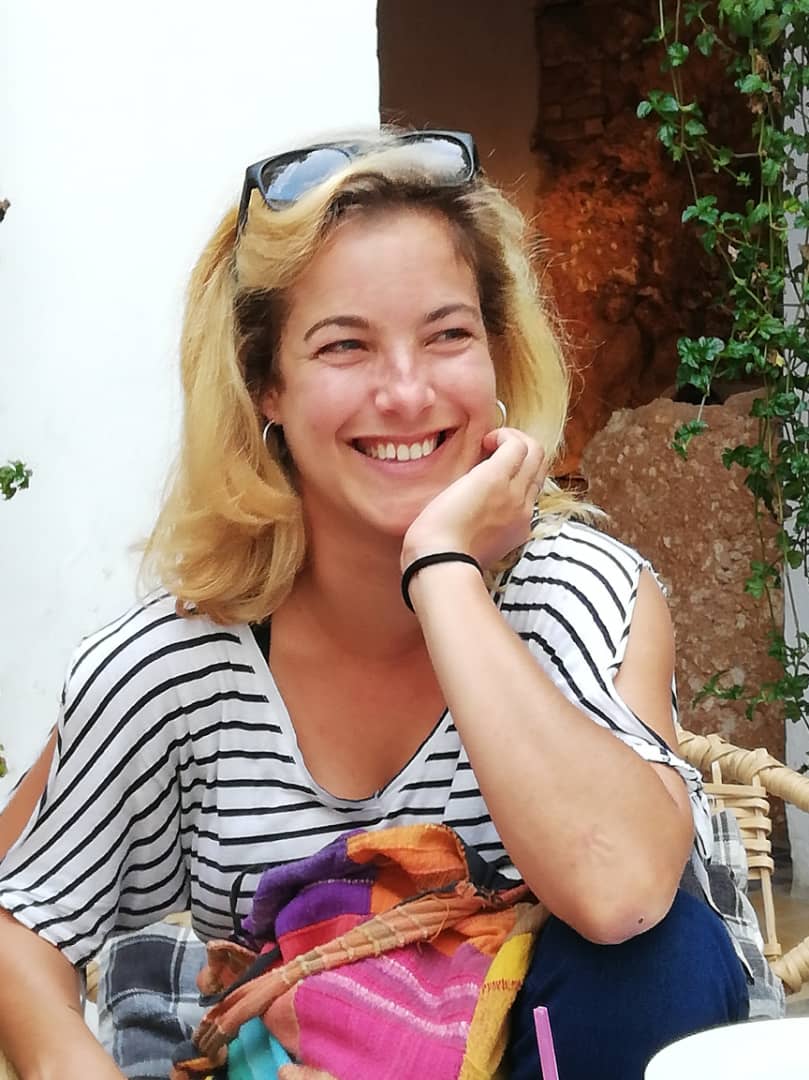