Imagine a way in which you are completely free with your voice, your body, your movements and senses. That, closely, is to make jazz. Within the structured marks of the rhythms and bars, the shapes and tones, everything can transform, as if you reached almost spontaneously to turn the freedom of your thoughts into sounds; to turn and arrive in a new universe with other brightness and colors.

When you listen to a jazz album, after having known and loved others before, you wish that the subtlety of the sounds, the improvisations and its musical production surprise you. At least that's what I yearn for. It doesn't matter the style, the mergers or the grouping. You hope that, within any musical form and combination of voices and instruments, the freedom that characterizes the genre will have a balance that will allow you to recognize and enjoy virtuosity, but also the other timbre bands, their functions and their resulting rich sound. In that game between themes and solos — even more when they don't forget that they are not, in fact, so alone — is magic.

I started listening to a new album and the most surprising thing while doing it was that, a priori , I managed to get rid of my rationalization, the one that quickly responds to its training and begins the search for diverse associations, influences and judgments . El Viaje , by Zule Guerra, apprehended me without rushing into the twists and turns of analysis and musical aesthetics. It is an album that manages to present itself as a kind stranger, who enters your house, in your ears and you quickly know that you have won (or have won) a new phonogram to locate in your library, one of those that you will listen to until you memorize all of its spells.

Zule Guerra, renowned singer, surprises us in El Viaje as a composer. In her previous production Blues de Habana there are four songs with her signature, however, the recent album - released under the Egrem label - is made up entirely of unpublished works by the jazz player. The result is an album that achieves curatorial coherence, defines and consolidates a style, and denotes the creative and interpretive maturity reached by the artist. Of course, all this was nourished by the extraordinary work of musical production by Ernán López-Nussa and the arrangements of Jesús Pupo, who also appears as a pianist. In the performance of other instruments stand out Samuel Burgos (bass), Marcos Morales (drums), Héctor Quintana (guitar), Degnis Bofill (percussion), Alejandro Delgado (flugelhorn), Emir Santa Cruz (tenor saxophone) and, in sound, Alfonso Peña.

Part of the magic of El Viaje lies in the fact that its songs are a series of stories. In ten songs Zule's memories, passions and stories are synthesized; the memories about love, family and fantasies have a personal bias, but the lyrics and their poetry allow you to appropriate these to imagine your own journey.

In this work you can find a succession of diverse musical genres that not only make your listening attractive, but also become the ideal vehicle for the narration of each of the stories on the album. The predominant acoustic format favors the exchange between traditional rhythms, melodies and harmonies of blues, Latin jazz, bolero, creole, Congo tango and, in turn, allows you to freely stroll through the most contemporary sounds of jazz.

In general, the album has a very good balance between text and music. Its excellent arrangements not only reach the game between the different genres, but also support the musical conduction between all the parts of each song and the different forms of accompaniment to the main voice.

Montuno was the first single I discovered, and the saying honey for the ears is seldom better used. A bolero-son with all the romance and mystery that characterizes the tradition of these genres in Cuba. Simple, subtle, where music balances the traditional with our days and listening invites you to imagine times past, like those of grandparents, which you idealize with great affection.

In this album the displacements in time come and go. This is also the case in Canción para que Luis se duerma, a child like the famous black little woman of Eliseo Grenet. In habanera rhythm, a new mother goes to singing and cooing as the universal solution to end the day. The accompaniment, with a continuous piano as dynamics, cradles this lullaby and creates the ideal environment so that the night is the sole owner of the next few hours to live.

The good thing about being able to sing your own creations, as Zule does, is that you compose according to your abilities and your technical and interpretive potential. This principle stands out in the track that the album titles. The melody of El Viaje, with its great intervals, chromaticism and a rich phrasing in rhythmic, accentual and timbre contrasts of the voice, is full of resources that from a rhetorical interpretation reflect part of the philosophy of the text: experience the freedom to live without the end being destiny, enjoy the ups and downs of each step we take. Part of our history is moving to the beat of the claps that sound in the Creole in blues ; while the incessant rhythm marks the steps, the voice improvises with resources like scat, all the transformations that constantly cross paths.

Without the interest of revealing everything about El Viaje, I would finally like to draw attention to some of the solos who will be able to hear. Leyenda, one of the most enigmatic themes that you will find in this production, uses the flugelhorn to recreate -among simple scales and short atonal melodies- all the fabled climate of the song and the perfect conduction between its parts. There are improvisations that manage, in addition to verifying how virtuous their interpreters can be, being part of a work and the inspiration or concept that defines it. This is what happens in Me haces soñar, where the counterpoint that the bass, voice and drums build together with the Alberti-style accompaniment of the piano, achieves the translation of the passion described in the text with all the gradual force that is reaching and invading the senses.

So far, dear reader, I advance judgments and subjective perceptions of what I want to become a formal invitation to listen. I suffer from the terrible opinion of believing that there are not many albums that currently on our Island manage to go beyond the practical exercise of vocal-instrumental interpretation. Therefore, I am grateful for an album like El Viaje in our soundscape, focused on finding the art element of music and capable of circumventing the real variables of time and place that constantly inhabit our thoughts. 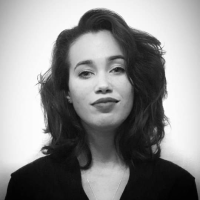 Musicologist and for more. Shy but with character. Music, smile, art, dance, family and friends. I don't lose faith in being a better cook.