Cover of the album Firmamento, by the Karma Duo.

The firmament of Duo Karma.

Five years after its last release, Let's go on a trip! (Producciones Mundo Sonajero, 2013), the Karma Duo just released a new work: the book-disk Firmament (Productions Mundo Sonajero, 2018). This is his third recording for boys and girls, published on this occasion independently under his own label.

Following the line of In Guarandinga throughout Cuba (Producciones Guarandinga, 2009), where they shared with the troubadour Rita del Prado, and their own Let's go on a trip!, Firmament is a conceptual work that goes beyond the traditional frameworks of children's music to become, sooner rather than later, music for all ages. Excellent musicians like Enid Rosales collaborate on the disc, in the three, Gastón Joya, bass, Yaroldy Abreu, percussion, Janio Abreu, clarinet, Franqui Corbea, in the ethnic percussions and santur, Alejandro Aguiar, timbal, Thommy Lowry, trumpets, Yuniet Lombida, in the saxophone. And the participation of a very special child: Silvio Rodríguez, who accompanies the Duo in the theme Firmament that gives name to the disk.

This time the idea is to investigate how our capacity for wonder can be a way to understand the world in all its greatness and diversity. Since Open the window, the theme that opens the album, the Karma invite us to leave the tranquility of home to go out to find answers to questions so different and curious as Why an igloo does not thaw ?, or What will be behind that great antenna?

Universe, fifth track of the album, is a song of inclusion and the diversity of life: imagine a universe in which many universes fit. From Biajacas and Majagua, nineth track, works as a fable to relativize what we know as truth and direct us to experience other realities:

There is more horizon than what you see.

That it is not seen is not that it can not be.

Let the thread of the reel run.

Let it amaze you sometime.

But if the stars are round and tonight's moon will be different tomorrow, this journey to discovery is cyclical and changing. The life of our universe revolves between the living and the dead, it is movement and transformation. They are ideas that resonate in other songs like Chameleon, Tree of Autumn and The polka-dot hat.

After several eavesdropping Firmament, one wonders if Universe, such as one of his songs, would not be a better name for the album. But then we discover another message of the Karma: although the universe is immense, we inhabit it and we are in permanent contact with one of its parts; which makes it achievable, in a certain way. But the Firmamento will always be something mysterious and unattainable (even for astronauts): it is the horizon of the Universe. Even in its condition of unattainable space, to know it (and even to draw on it) we only need a certain dose of curiosity.

Performance of the Karma Duo in the theater, during the last month of July. Photo: Taken from the artist's Facebook profile.

The music of the Karma Duo is characterized by the use of diverse musical instruments. From traditional guitars to more exotic ones such as mbira or udu. With them they achieve a clean and minimalist sound, which Firmament expand as an identity mark. There are mixtures of traditional Cuban and Latin American sonorities, aspects that had developed independently in previous projects. Between sones, chachachás and calipsos sneaks unclassifiable songs in which a conga with electric guitar and vocal games that remind the tribal songs. In Tree of Autumn they take up the resource of corporal percussion, as the only instrumental accompaniment to the work of the voices. That gives it an atmosphere of solitude, nakedness and roughness that seems to approach the tree, dry in the autumn, but still beautiful. Without a doubt, it is one of the most beautiful and successful pieces of the album.

The material counts so far with a video clip for the song that gives it title, directed by the same Duo, and is an animated exploration of the illustration of the cover. But as we said at the beginning, Firmament It is also a book, where the songs are accompanied by the beautiful illustrations by Xóchitl Galán and the design shared with Fito Hernández. On a black background, there are colored lines that draw a whole universe of animals, landscapes, a polka dot hat, a gazelle and a mirror and a cypress and a key and a night with moon and ... It's in the magic of that starry night and full of possibilities that the Karma want to awaken our curiosity.

Settled for several years in Argentina, the duo has several Lucas and Cubadisco awards (their Guarandinga he even won the Grand Prix in 2010). However, their music could be much more valued and followed on the Island. The children, adults and adults of Cuba, need to have closer those songs that not only entertain without clutter, but teach to think and feel . 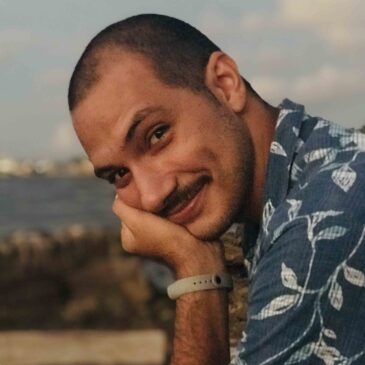 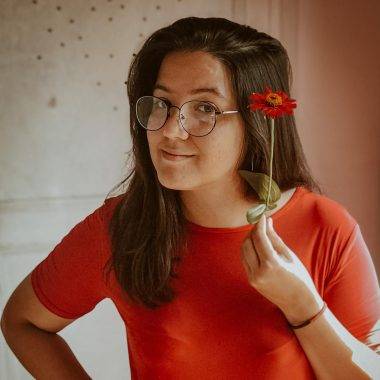