A little girl is listening Heroes on a bus, with the mobile on her ears. Aldo and Silvito tell her, for example, that the driver of this bus gets up early to buy shoes for his son, that anyone who travels here lost a cousin at sea, and she nods to the beat, squeezes her eyes.

If she is 15 years old, the girl must have been four when that album she listened to appeared, Los Caballeros , in 2009. Back then Los Aldeanos were booming, they were building their legend in clubs like Karachi and Barbaram and Silvito had entered the underground scene of the city with Conceptos & Principios (2008), a good album produced by himself.

Aldo and Silvio always had chemistry, speed, similar approaches. They finished a song for La Comisión Depuradora and then released Los Caballeros, 17 songs so powerful that almost 11 years later they continue to speak for thousands of Cubans, who continue to listen to them like someone watching a photography or like someone reading the newspaper.

Each one has a mission in the world. Aldo and Silvito have already fulfilled theirs.

Last September they announced on their social networks El club de los poetas del barrio, their third LP together, scheduled for the end of December. "Logically, due to the situation our country is going through, it is going to have a political theme, but it is also more spiritual," warned El Aldeano.

The only political thing on the album is Diazka, which they released in July ("Your communism is bullshit", "the 349 [law] I pass it by the penis"), where they take the opportunity to call asshole at President Miguel Díaz-Canel; and Rutina, four minutes of predictable rhymes where they fight the PNR again, from Tampa. The rest is egotistical rap. And romantic.

"The main thing is to be satisfied with what we did and to enjoy it ourselves before other people do," said Silvio. El Libre has matured. He raps more comfortably than ever before. Although years ago, when he appeared in the Karachi in flip flops and nobody knew who he was, he made more recalcitrant lyrics and cried letting them go: it was more real. (It is sad that Silvito has hung up videos on Facebook where he recites more metric and powerful texts than those of El club ... ).

Aldo sings the choruses and keeps the same empty flow from years ago.

You see they are having fun. They want to continue being the voice of Cuba, but they look unplugged from Cuba. Rap comes natural and easy as breathing.

Except in the Intro, they repeat structures: rap one - chorus - raps the other - chorus (sometimes they add chorus at the beginning). Musically it sounds nineties, traditional, with no other flourish than Raymond Daniel's guitar in an elegant solo. The production was carried out by themselves; three beats from the Colombian Avenc Rec and one from the Spanish Venenomalo.

"It has been a long time and music is still what saves us, it is still the escape for everything," said Aldo.

[El club...] are songs from now, with all that accumulated experience, "said Silvito.

El club... is that: time. Two good rappers getting older, who have little to do in life but songs and have a good time. 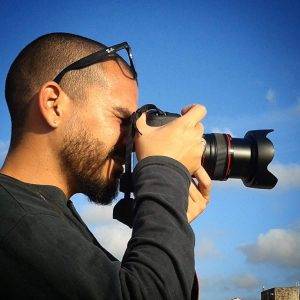