Classes in the old school

It is five in the afternoon and in the courtyard of the Casa de la Amistad, located on Paseo between 17 and 19, preparations are made for the concert. It is the routine of the Vieja Escuela band, which transforms this place into their lair every Sunday at six in the afternoon.

All the work team (sound engineers, musicians and light operators) organize the stage hastily, and then cover it with a tarp as the clouds hover over them, threatening to ruin the afternoon. They are already used to setbacks. Most of them have been involved in rock & roll for more than thirty years, even in times when this task was an act of faith.

The band Vieja Escuela emerged in 2012 from the germ of Sociedad Habana Blues. It has undergone several changes since its formation, something usual in Cuban rock bands, where there are always members that make up other groups and artists invited in some concerts.

"In 2014 we arrived at Casa de la Amistad, I can not remember exactly how it was, but we have made this our home; we've been four years now and we're still there," says Virgilio Torres, the group's vocalist, shortly before the concert begins. They are never alone, "we invited many bands like Malas Noticias, the Habalama, Miel con Limón, Sweet Lizzy Project and Eddie Escobar, who plays today."

After six in the afternoon, the threat of rain has dissipated. Vieja Escuela's home is prepared for the initial chords. Eddie Escobar and his band explode the place with their version of Whole Lotta Love, by Led Zeppelin. The notes - which were composed by Jimmy Page almost 50 years ago - remove old memories in most of the audience, as if the scores were tattooed in their minds.

The drum set the rhythm that the public has heard hundreds of times on vinyl, cassettes or digitally; but this time it does not come from the wrists and ankles of John Bonham, but from Daniel González, who has been a drummer since his childhood. 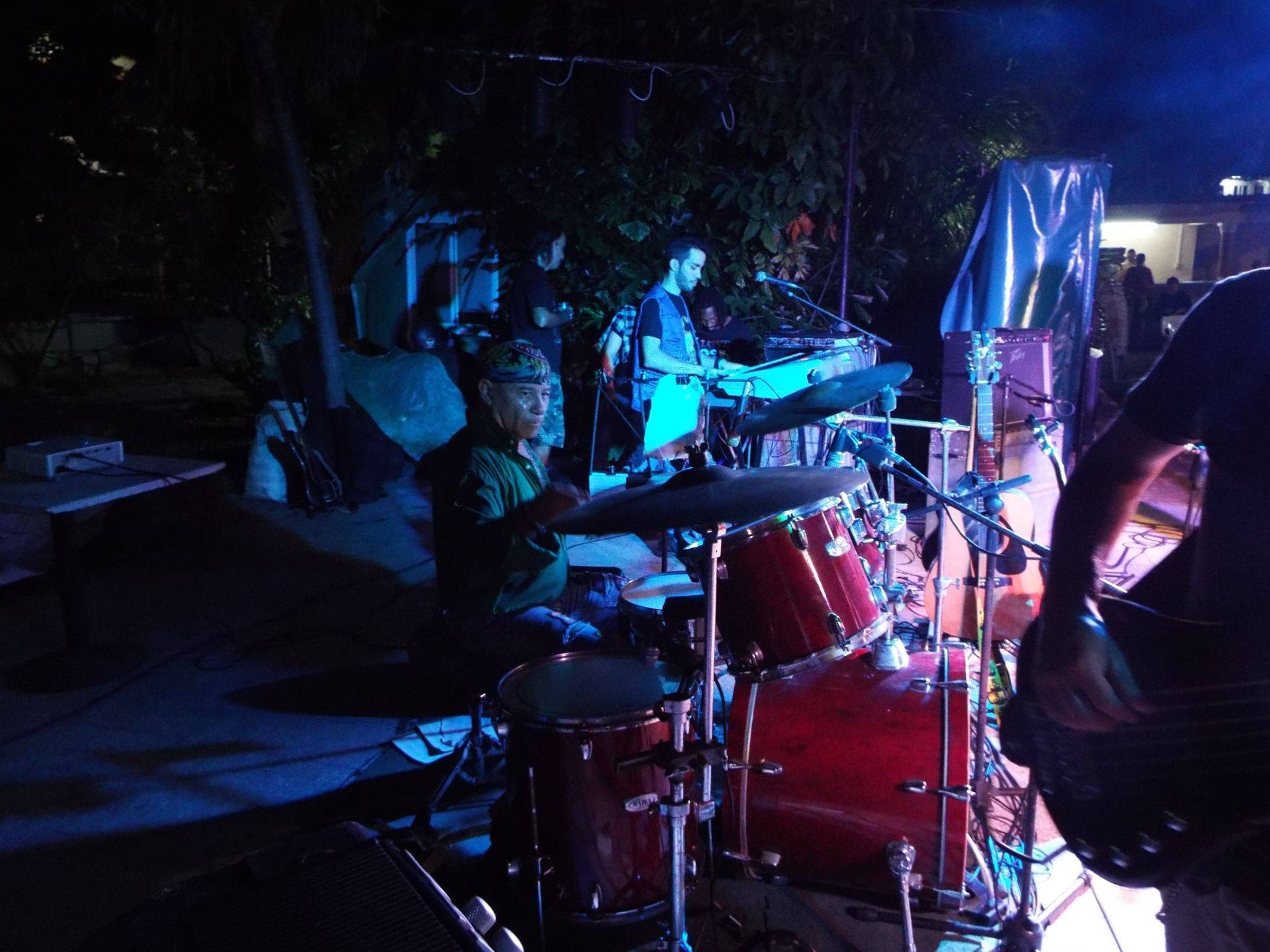 Daniel González, drummer of Eddie Escobar: "The groups that most influenced me as a young man were Los Brincos, Los Bravos, Led Zeppelin, The Beatles. At first it was a little uncomfortable to play a real drums because I was very short and had to get on top of a drawer ».

"I started in music empirically, since I was a kid I liked to follow the rhythm of the songs on a stool. Everything changed when I was in high school, around the year 1970; During recesses, I went to hear the group Los Micros, wich rehearse on the corner of the school, at Jorge Lahens' house. One day the official drummer of the group was missing and they asked me to mark the rhythms on the drums so as not to lose the rehearsal; from then on I was the official drummer of the band. "

When Daniel accelerates the rhythm of his drums, a large part of the crowd agglomerated in front of the stage dances with disorderly and chaotic movements, increasingly faster. Even if I could be accused of sacrilege, I would dare to say that the music from Daniel's drums could be confused with that of Bonham himself. And that's what the public does, confused with the rhythm. Perhaps the academic influences, jazz music and Afro-Cuban rhythms, added to his natural talent is what has allowed him to play the drums as if it were part of his body.

"Los Micros was the school that opened the doors for me; in the rehearsals I met Changuito, who contacted me with Tony Valdés, who was my great teacher. Tony taught me to listen to other types of music, he was a jazz player and he took me to that world; It helped me to enter the National Art School where I really trained as a musician. Since then I went through many bands, not only rock & roll, but also jazz, Cuban dance music, reggae and calypso ".

While Daniel plays the drums, Eddie Escobar, the band's director, moves like a chameleon on stage, transforming himself into the artist he is playing. His voice and guitar have to be transformed into Jimmy Page, Robert Plant, Bono, Hendrix or Freddie Mercury; not literally, but as a tribute. The guitar solos are the horns that call the audience to approach the stage, something that does not seem to bother Eddie.

"At age 9 they gave me my first guitar and then I started studying music. I have always been empirical; I learned to play the guitar and the piano, to read scores and to make arrangements, alone, with books. I was very nurtured by groups like The Beatles and Led Zeppelin; I was living in Europe for a while where I met several traditional music groups, [although] Cuban popular music is also a key element in my style. "

Later in the night, after the performance of the Eddie Escobar band, the time comes for Vieja Escuela, which as good hosts have allowed the guests to begin.

Vieja Escuela is a diverse band, composed of members of other groups and different nationalities who have taken Havana and specifically the Casa de la Amistad as their home. Among them is Steinar Seland, who in 2008 left behind his native Norway to come to live in Cuba, dedicating himself completely to his true love: the guitar. 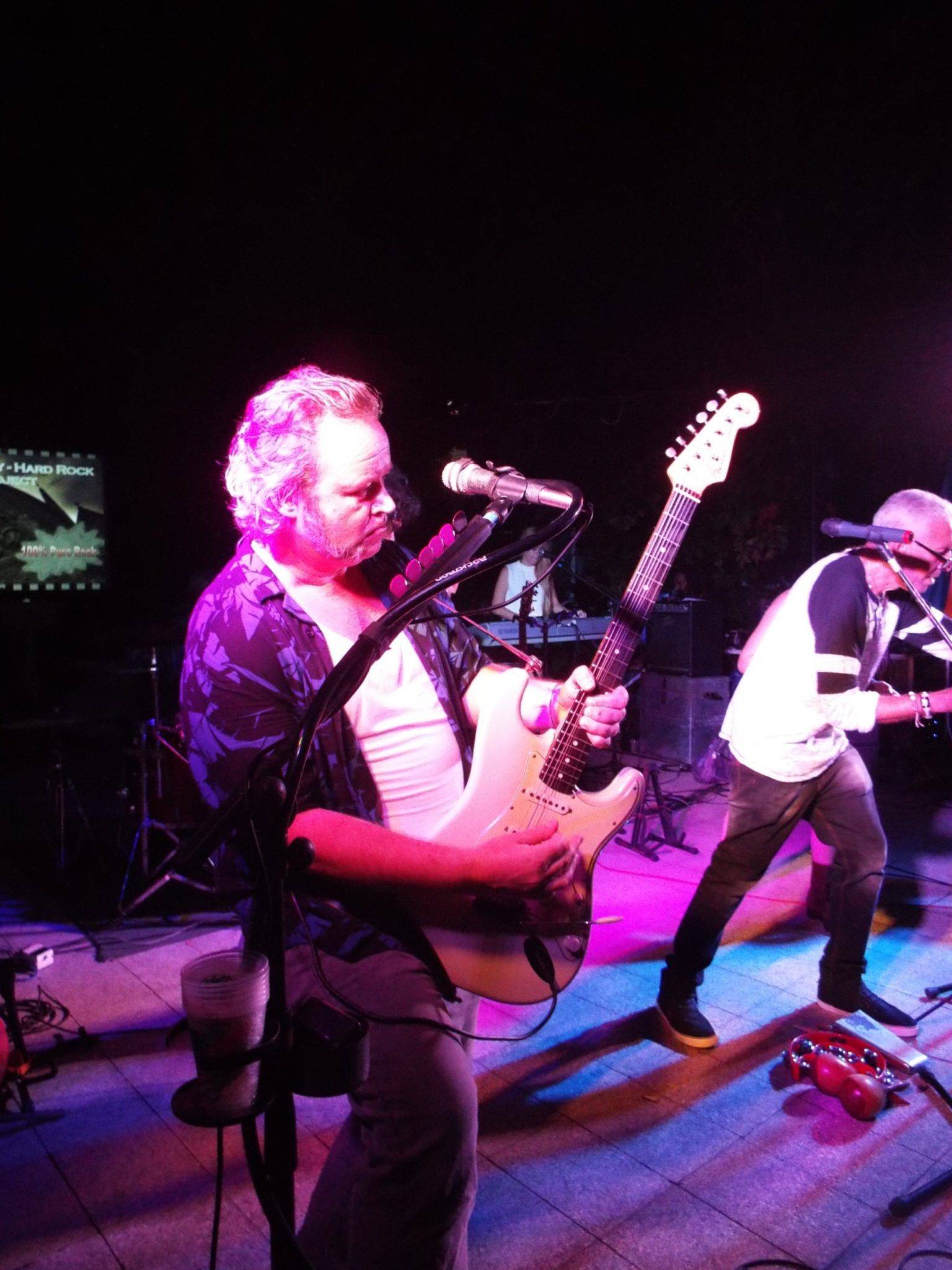 Steinar Seland, guitarist of Old School: «To Cuba I arrived for the first time in 1998, at the invitation of some Norwegian friends who had business here. I was doing some trips for some time and in 2008 I came to live in Cuba permanently. Here I started playing with Sociedad Habana Blues and in 2012 I became one of the founding members of Old School ».

"I was born in Oslo, Norway, there in the schools they studied concert music instruments and I studied violin. When I was 13 years old, I started playing my dad's guitar; [and then] I sold my violin and bought an electric guitar. The guitar fascinates me, it's a solo instrument that leaves you a lot of freedom, you can get on a stage and make a lot of noise, which is something I've always liked. "

The first theme is With or Without You, from the Irish band U2. The voice of Virgilio Torres, although melodic, sounds something more serious than Bono's, giving a blues touch to his performance. Virgilio has spent half a century dedicating his life to rock & roll, but his voice does not seem to resent the effort.

"It all started when I was 10 years old, in 1967. My sister took me to a party where they had playing rock and roll, from that moment I fell in love with that music. By chance I realized that I had the ability to sing, in my neighborhood a group of covers called Radio Rojo and there I started singing with them. In the beginning I just imitated what I heard because I did not know any English, it was with the years that I was studying the language and understanding what I was saying. " 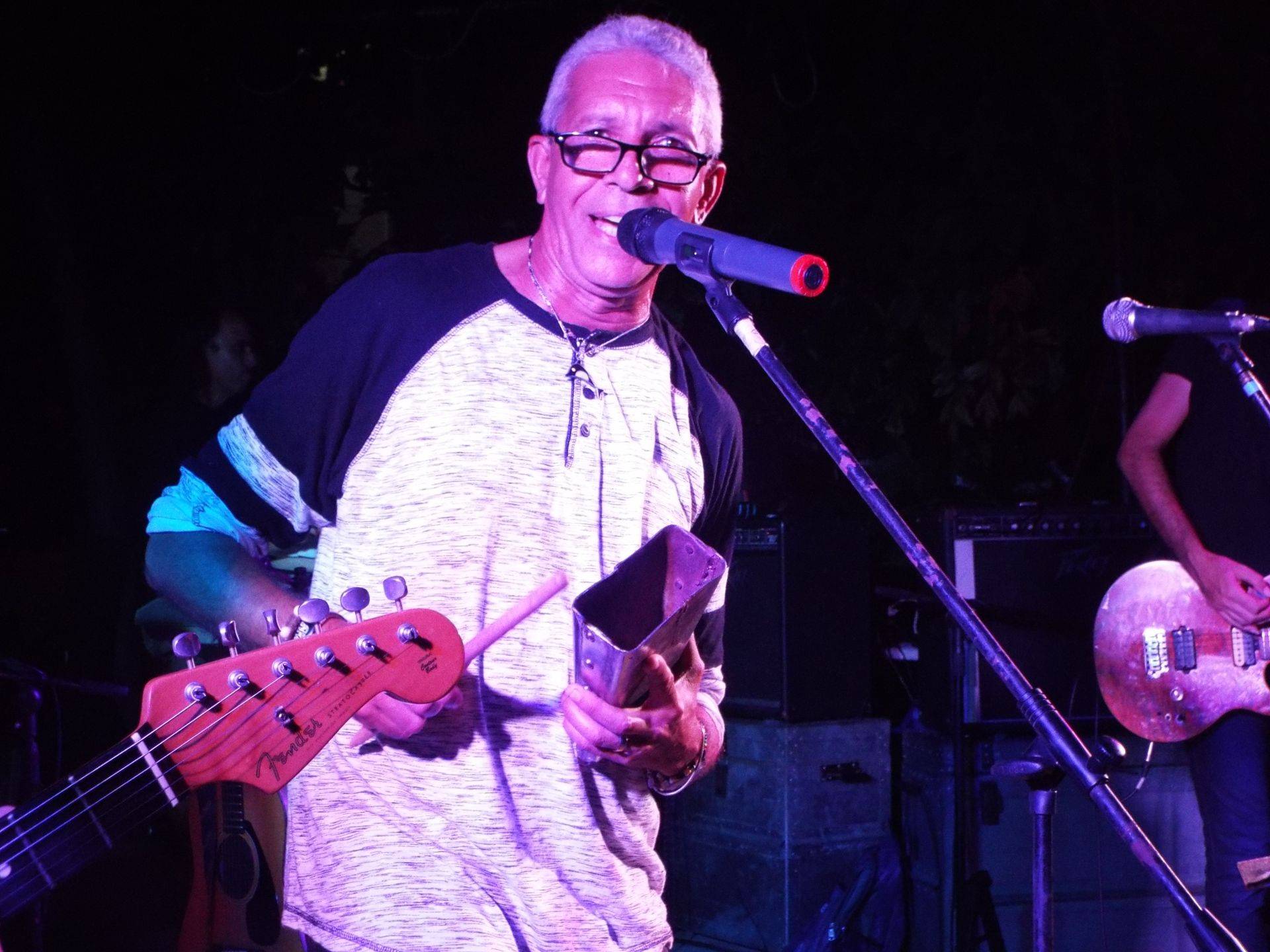 Virgilio Torres, vocalist of Old School: »My maturity as a musician was the band Seres Indomables in 1977, who played covers of Rare Earth. Then I went through other bands like Sputnik, FM, Los Takson and UFO. Then there was a time without singing until Sociedad Habana Blues called me to work with them, that was the germ of Old School ».

After a long night, the backyard begins to get empty; the stage is deserted, only populated by the technicians who are responsible for collecting the equipment. Everyone is ready to repeat the routine the following Sunday.