Where do I go if I want electronic music?

One of the main problems that slow down the development of electronic music in Cuba is the lack of regular presentation sites for artists of the genre. In addition, there are artists who fall outside the norm and are qualified within a large group as "alternative music" or "underground art", despite its diversity. However, when you are a lover of DJ parties and live your nights to the rhythm of the machines, every week there is more than one proposal to enjoy electronic music. Party projects have been on the rise, although you have to be attentive because their venues vary almost from one encounter to another. Here we summarize a list of places where without loss (at least for now) you will come face to face with the dijing.

Note: the entrance prices may vary depending on the billboard.

La Tropical has earned its prestige by staying on the Havana card for several years, practically without interruptions. With the organization of the project SARAO NIGHT CLUB and the National Laboratory of Electroacoustic Music (LNME), every week DJs from all genres of electronics in Cuba go through their stage, although their strength is the most danceable. La Tropical brings together people of all ages, but it is the ideal place for the initiation to the electronic audience of the adolescent audience.

Until very recently, there were also presentations at the Jardines de La Tropical. That option is not available at the moment, but occasionally the "castle" of the Gardens hosts Hape project parties, with Landeep as a resident and national and international DJs.

On the second and fourth Friday of each month, the House of the Young Creator of the city of Holguin hosts Gourmet Music, a space for electronics conducted by the Electrozone project. Veterans in the diffusion of electronics in the province, these guys organize Electromerías and the Festival Stereo G. Now, from the Café Arte Joven, headquarters of the Hermanos Saíz Association, they share their productions with the enthusiastic (and expert) Holguin public.

These two spaces, headquarters of the Hermanos Saíz Association in the country, and Havana, respectively, host habitual spaces for alternative music, including electronic music. There are frequent Cuban producers DJs associated with the AHS, most of a more experimental and underground, with mixtures based on Cuban rhythms.

Although the FAC is not an exclusive space for electronic music, it frequently hosts concerts by DJs. For its stage of the Ship 4 have passed producers of the international scene of the size of Chus & Ceballos, Major Lazer and Louie Vega, and nationals like Hioll, the line up of Abstraction, DJoy from Cuba, PAUZA and the resident Iván Lejardi, just to mention some examples of a much longer list.

This is one of the best-known clubs in the municipality 10 de Octubre, although not for electronic music. However, for some time now several DJs have found a regular space for the genre every Saturday. In its nights we can find very varied music, but the most danceable rhythms of the EDM are undoubtedly demanded by the public. The Youngkuba project, which for a time was resident there along with other young producers, has resized the space and spread the taste for machines in the area.

In different stages of the recent history of electronic parties in Havana, these sites have been the "temples" for dancing. The most varied DJs of the national scene, international guests and the most varied projects have passed through its stage. Emphasizes the work for the promotion of the genre that Analogica was doing, in the hands of Joyvan Guevara (DJ and from Cuba). At present, these spaces do not host any regular clubs, but from time to time they organize parties. You just have to keep up. Their scenarios, that most classic of clubs, makes them long for the DJs and the public who loves the most under sounds.

Headquarters of the AHS in Camagüey
Address: Carretera Central, This is not. 50 high, Camagüey
Free admission

For several years the headquarters of the AHS in Camagüey allocates a regular space for the promotion of electronic music. Every week, DJs meet at the Casa del Joven Creator. Conducted by DJ Joker and DJ Áfrika, this club has promoted other major events for the genre such as the Beat 32 Festival, the dijing sessions during the carnivals of the province, among others.

Although they do not program thinking about DJs, these two sites have hosted producers of the genre for a long time, turning their nights into real electronic parties. La Chorrera gave its space for the unique presentation of the renowned German DJ Ellen Alien, and hosted the Mini Fest of the Analogue project. The Magic Flute has hosted for two summers the usual club of Sundays of PAUZA, among other concerts.

El Mejunje is a site historically championed in the promotion of art underground. Outside the epicenter of Havana, in the middle of Santa Clara, this place offers its stage to all kinds of artistic manifestations, especially to the most alternative artists. It is a mystical place for art lovers, and you just have to be aware of the electronic presentations there. 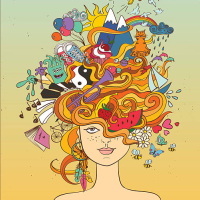